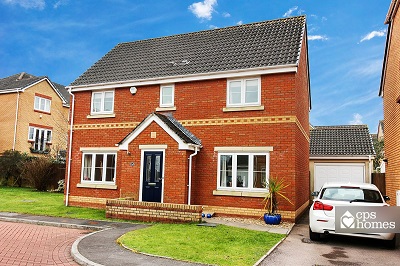 New figures from the lettings group ARLA Propertymark show that the number of private landlords leaving the UK’s rental market in April soared to new heights. In addition, many letting agents across the UK saw the highest number of landlords selling their buy-to-let property since figures were first recorded in 2015, which many experts believe heralds a continuation of Britain turning its back on the private landlord market.

ARLA Propertymark said that the number of landlords leaving the private rental market rose to five per letting agent, up from four in March. Nevertheless, the lettings group revealed that demand for rental homes has actually increased, with the number of prospective tenants signed up to an ARLA member branch rising by nine percent.

The figures from ARLA Propertymark follow data released by the National Landlords Association (NLA) which revealed that around 380,000 buy-to-let property owners are looking to sell within the next twelve months. The data from the NLA showed that nearly a fifth of all UK landlords are looking to sell their buy-to-let properties, with almost 50% of them selling a flat or apartment.

Despite the increasing number of landlords looking to sell, figures from ARLA Propertmark show that rents in the UK are still increasing, with the number of tenants recording rent increases rising by 26% in April, the highest increase since September 2017, and despite a stagnation in the number of rental properties available across the country.

The chief executive of ARLA Propertymark, David Cox, has said that the barrage of legislative changes to the private rental market, coupled with the current levels of political uncertainty, has meant that the buy-to-let market has become increasingly unattractive to property investors. He added that landlords are either increasing their rents for tenants or deciding to leave the private rental market altogether to avoid increasing costs.

CEO of London-based KCR residential, Dominic White, added that these figures could represent a shift in the UK’s rental market to a more institutional private rental sector with large, commercial property managers rather than individual private landlords. He added that this process allows professional management teams to optimise operating costs and deliver a high-quality living experience for tenants.

Mr White added that people want to live in well-located housing with accessible rents, and to achieve this the private rental sector needs to be owned and managed by large scale professional operators; operators that will invest in purpose built, well-managed properties, and with a keen strong focus on customer experience.

Are you looking to rent a property in Cardiff? If so, contact CPS Homes letting agents today. As Cardiff’s largest estate and letting agent, we have hundreds of properties to rent across Cardiff in many sought-after locations such as Pontprennau, Canton, Cardiff Bay and more. To find out more, please contact us today on 02920 668585, email: enquiries@cpshomes.co.uk, or pop into our Cathays branch on Woodville Road to chat with our friendly staff.