Cardiff's food and restaurant scene is more vibrant and exciting than ever before - with more choice across an ever widening spectrum of formats and flavours. Chris Amodeo, from I Loves the 'Diff, went in search of the latest trends. 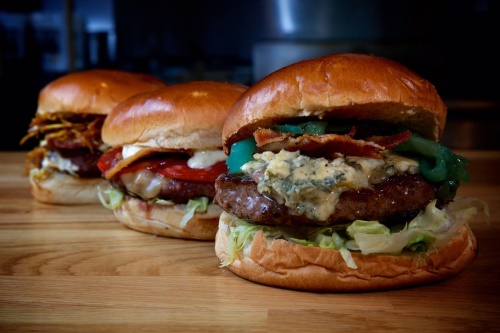 Eating out in Cardiff is a happier, more exciting experience these days. The food landscape is changing, and a vibrant grassroots scene comprising of festivals and markets, pop-up restaurants and a desire for locally-sourced, quality produce is revitalising the city's food scene.

“I've lived in Cardiff for almost ten years and in that time the restaurant scene has changed beyond all recognition,” agrees Nicki Tudor, of food blog Cardiff Bites (no longer updated). “We've gone from a city that had a smattering of half-decent eateries to a much more vibrant and energetic scene.”

That being said, the economic downturn meant hard times for some independent restaurants, exacerbated by the arrival of even more, seemingly recession-proof chain restaurants following the completion of St David's 2 and the Hayes redevelopment.

More recently, mini chain Pieminister from Bristol has opened on St Mary Street (I’m not much of a pie fan, but I enjoyed it), and Mexican newbie Wahaca, led by Thomasina Miers and Mark Selby, has chosen Cardiff to open its first non-London branch, due to open in the autumn.

While Wahaca chose Cardiff “because it seemed to be a model fit”, as marketing manager Oli Ingham told WalesOnline, it’s still good news, and not only for lovers of Wahaca’s modern take on Mexican. Possibly for the very first time, Cardiff has been chosen over any other UK city as a London-based company’s non-capital branch. Where once Cardiff may have waited five years to get something available in English regional cities, now we’re even jumping the queue.

More importantly, despite the fierce competition among the chains, there remains room for independents to flourish. “Although we are saturated with the ubiquitous chains, you don't have to look far to see genuine innovators and dedicated independents ploughing their furrow,” says local food blogger Jonathan Swain.

“Even the town centre, so often a jigsaw of predictable brands, has a few independent gems such as The Potted Pig and Café Città. I’m seeing more and more interest in these, and an increased willingness by people to seek out things that little bit different.”

Perhaps a restaurant’s ability to be different and its willingness to adapt are also important. An example of just such a successful independent restaurant is Stefano’s on Romilly Crescent. Stefano Caramella and his team offer an elevated dining experience compared to a typical Italian trattoria, as well as hosting themed nights devoted to wine tasting or opera. 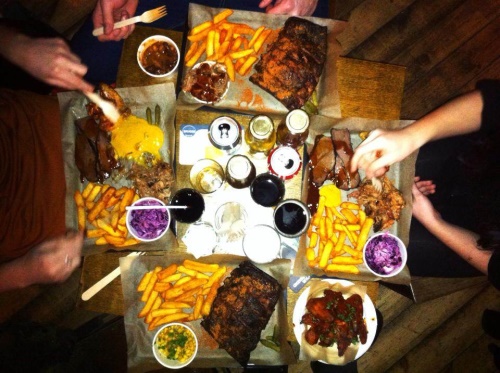 “Although we are traditional in many ways, it’s the family feel, relaxed atmosphere and attention to detail that makes us so special,” says Stefano. “We also keep our prices reasonable considering the extremely high quality of our ingredients. Over more than 12 years we have established a very loyal customer base. We try to change with the times and keep looking for new ideas and ways to improve – keeping up with current trends.”

Popping up on the street

“You can see from a consumer point of view that there is a definite backlash against the bigger chains, which in turn opens the door for smaller, independent places with high quality, locally sourced food,” says Rhys Canning, co-owner of Got Beef Bar and Kitchen, purveyors of trendy gourmet burgers since 2012.

“Cardiff has always had the reputation that it is ‘catching up’ with other cities in terms of food trends, but we are starting to see new concepts and ideas heading here much faster now.”

The restaurants we choose to eat at, and new ones, are increasingly influenced by street food, which itself is a growing market. According to a May food industry survey, 47 per cent of consumers in the UK are planning to eat more street food in the next year.

Got Beef’s founder, Cai Pritchard, who had worked for many years as a chef in various restaurants across the city, was inspired by the popularity of street food that had slowly been making its way over to London from the States. “I scoured the internet and came across a converted bus from which to sell burgers,” he says. “We attended various events across the country and held some pop-up restaurants, which was a great way to test our product and gave me the confidence to take the plunge with a permanent place.” 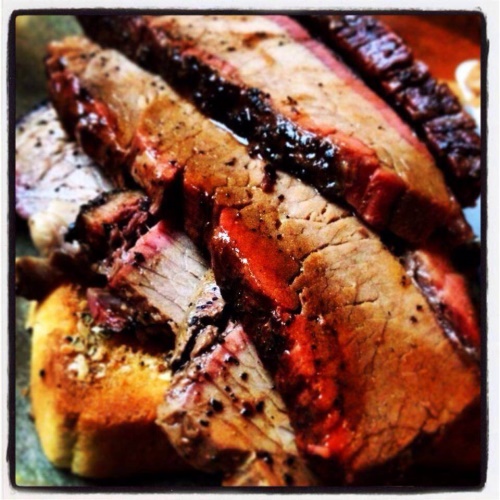 Got Beef Bar and Kitchen, which opened on Whitchurch Road in April, offers fantastic-tasting burgers made with award-winning Welsh black beef, as well as ‘dirty fries’ that’ll have you texting friends in excitement. “The Grazing Shed and more recently Got Beef have provided a real solution to that old question, ‘Where do I get a really good burger in Cardiff?’” says Jonathan Swain.

Without their ‘trial runs’ in a street food van and pop-up, Got Beef would not have evolved into the fully-fledged permanent business it has become. “The scene can be a great way of independent businesses making a name for themselves. Sadly, we had many issues with Cardiff Council, which, unlike other cities (such as Bristol), seemed dead set against the street food scene emerging in Cardiff,” says Rhys. “Hopefully in years to come the way of thinking will start to change.”

Sam Evans, co-founder of the Hang Fire Smokehouse, also feels Cardiff lags behind. “It would be great to see more of a regular street food or food truck scene in Wales. It feels like we’re years behind the fast casual food revolution that’s revitalised many a city all over the world,” she says.

“That doesn’t mean dodgy burgers and hot dogs from a dilapidated old van; the food truck revolution should be about an elevated food offering served from the convenience of a food truck. In America, coast-to-coast, exciting and innovative food trucks are part and parcel of the urban landscape.” 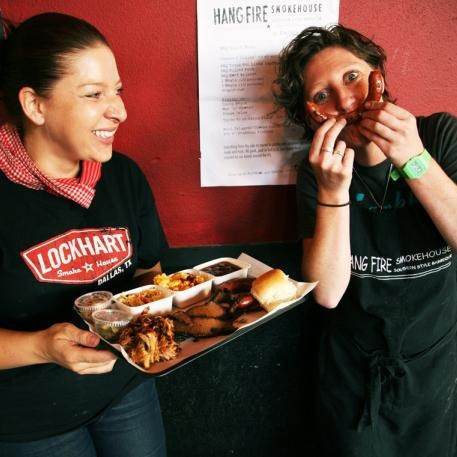 “The biggest story in Cardiff this last year has undoubtedly been the smoky wondrousness of Hang Fire Smokehouse,” enthuses Jonathan Swain. “They show genuine dedication, genuine skill, genuine vision. I recently spent some time in their workshop and could not fail to be impressed at good old-fashioned attention to detail.”

Hangfire discovered their love for barbecue in the Deep South. “Sam had a passion for American BBQ before we went, so that was always on the back burner as an idea, but it wasn’t until we hit Texas, Georgia, Tennessee and the Carolinas that the back yard BBQ idea really started to become a possibility. We ate, slept and breathed BBQ for five solid months, and we ordered our smoker from Texas.”

While a pop-up restaurant may seem like a low risk enterprise, a huge amount of work goes into Hang Fire Smokehouse’s regular gig. “A lot rides on us putting in the hours to make the best BBQ we can,” says Sam.

“We work seven days a week to feed the fine folks that show up to the Lansdowne every week. Reputation is everything on the food scene, and as soon as you set standards, you have to keep them up. We’re really proud of what we do and we care about each and every plate of food that goes out.”

Hungry for more of Chris Amodeo’s discoveries? Don’t forget to read the second part of ‘What’s cooking, Cardiff?’ on the CPS Homes blog next week!

Interested in experiencing life in Cardiff for yourself? Why not take a look at all the properties we have available to both buy and let on our website. Don’t forget to contact us at any of our Cardiff branches if you need any more information.