Back
If you prefer quirky quaint shops and cafes, rather than the bog standard high street chains, then Heath is the place for you.

Heath has great transport links in and out of town. Two bus routes terminate at the Heath Hospital (38 and 39), whilst seven other routes pass through the west of Heath.

Heath boasts not one, but two train stations. Heath Low Level is located on the Coryton line and runs from the City Centre through Heath, eventually up to Coryton.

Situated in Heath, the Gabalfa Roundabout offers link roads up to Llanishen and Thornhill and onto Manor Way leading onto the M4. It also links to Western Avenue, leading up to Llandaff.

What's on in Heath 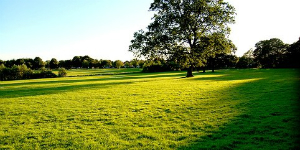 Location: Heath Park , Cardiff
Heath Park boasts 37 hectares of greenery with tennis courts, sports pitches, 'pitch and putt' golf and splendid ponds. It’s a perfect place to wile away the afternoon after stuffing your face at one of the local restaurants!

Location: 11 Whitchurch Road , Cardiff , CF14 3JN
Someone once said there should be nothing in your home that isn't useful or beautiful. Jewell's Canley Interiors certainly covers the beautiful side of things. Their showroom is full of striking, sumptuous furniture which is enough to inspire you to keep your home one stylish step ahead!

Location: 21 Whitchurch Road , Heath , Cardiff , CF14 3JN
Situated on the buzzy and vibrant Whitchurch Road, The Crispy Duck offers a sleek and sophisticated setting to sample some of the tastiest modern Asian cuisine in Cardiff.

Location: 182 Whitchurch Road , Cardiff , CF14 3NB
Another Whitchurch Road favourite, go back to basics with this award-winning "chippy", serving some of the finest fish and chips that Cardiff has to offer and keeping customers coming back for more. 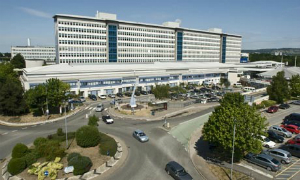 Best known to the wider world for its hospital, Heath is beloved of many a Cardiffian for its central location and large park. As Christian Amodeo discovers, Heath represents a 'High Level' of suburb to many an aspiring homeowner.

There's something homely about Heath: safe, central, orderly, and unpretentious. Yet while its 12,500 residents love it, Heath isn't really celebrated in the same way Cardiff's inner-city or suburban village communities are. Is this due to a lack of a village core, or is it that Heath is part of the city's furniture – kind of 'just there'?

Heath's central-north location (it really is at the heart of Cardiff), the busy A48 dual carriageway, commercial strips of Whitchurch Road and nearby Birchgrove, and the UK's third largest hospital make for an interesting dichotomy between quiet suburbia and bustling city life: the more urban Heath of Whitchurch Road seems quite removed from that of the quiet network of suburbia directly north and south of Heathwood Road.

This area's well-built, mostly semi-detached, three-bedroom homes on tree-lined roads, as well as great schools and shops, and proximity to, well, pretty much everything that the rest of Cardiff has to offer makes it ideal for family city living. While its convenient location not far from the city centre at its southern fringe, many amenities, and varied housing means it appeals to a wide range of budgets, attracting young professionals and medical students as well as families and retired people.

"Heath has so much to offer,” says Cardiff primary school teacher Sarah Pritchard. "There are so many new and exciting things here yet it's still the same in so many ways. You can lay on the field at Heath Park and feel in the middle of nowhere – wonderful."

Sarah grew up on Heathwood and St Isan Roads from the age of five until adulthood, and then returned to Heath some 18 years later. "I hated being away. We managed to move back in 2011, and it completely felt like I was coming home," she says.

Sarah's return to Heath was partly in order for her children to go to local primary school, Ton Yr Ywen. "It's a good school. I went there as a child and loved it."

Whereas these days it's in the middle of Cardiff, Heath was once pretty much in the middle of nowhere. As its name suggests, Heath (in Welsh: Y Mynydd Bychan) was originally common land. There were once two heaths: Little Heath, covering much of Roath and Cathays, while Great Heath stretched from where Heath is today north to Llanishen and Rhiwbina.

A year of note in its rural history came in 1646 when Heath was the site of a battle in the English Civil War; 250 Royalist troops are said to have perished at the pointy end of a Parliamentary invasion to capture Cardiff Castle.

In the mid-18th century it became the site of a two-mile racecourse. It ran along where Heath Park Avenue is now (try to imagine horses charging by next time you pass by).

Enclosure legislation at the start of the 19th century gave the Cardiff Corporation the right to sell off much of this common land to raise funds, and brought about the creation of three farms, those of Allensbank, Heath and Ton-yr-Ywen.

The horseracing lasted till 1848 when Wyndham Lewis bought a chunk of land and began Heath's urban development, starting with Allensbank Road and Whitchurch Road.

As Cardiff's population exploded (from 26,630 in 1851 to 172,629 in 1901), housing rapidly consumed Heath, with the notable exception of the Wyndham Lewis' mansion and ground. Originally called Heathfield House, and later Heath House, it was finally bought by the council in 1938 in order to become the park many of us appreciate today. However, plans were shelved due to the war, as much of it, including Heath House, was requisitioned by the military (see Heath Facts), and the park didn't fully come to fruition until 1950.

For the University Hospital Wales, or 'The Heath', which opened in 1971, some fifty-three acres of what was Heath Wood met the axe. While that should really have been the end of development within shrinking Heath Park, the authorities later built offices in it, and this despite it having become a King George's Field in 1952, giving the park protection in perpetuity for outdoor enjoyment. (The excuse to develop was missing protection paperwork, apparently.) Thanks to a campaign by King George V Drive resident Councillor Ron Page the dedication was effectively renewed in 2010.

In 1980, the long since dilapidated and partly fire-gutted Heath House was put out of its mismanaged misery. It was located pretty much where the car park near the Miniature Railway and Tramway, which arrived in the 81-acre park in the late 1980s along with an eighteen-hole pitch-and-putt golf course. While the sports centre's demise was unfortunate, recent additions and improvements, like the 3G floodlit pitch, fitness equipment, new play park, and smart, resurfaced tennis courts are very welcome. An archery group called the Castle Bowmen are among the many sporting clubs that regularly use the park.

Someone to whom the park is also very special is Kirsty Clark. In fact, Kirsty loves the park so much she even had her wedding reception there. Her dad was a groundsman from 1975 to 2003. As such, it meant Kirsty grew up in the park's only accommodation, "a quaint bungalow".

"It's great to live in the city, yet be able to lose yourself in the park," says Kirsty, a restaurant manager. "I have great childhood memories from Heath Park. I was always making lots of friends and having adventures, such as tree climbing (and getting stuck). I'd leave the house just after breakfast and return at dusk. It felt safe. Everyone knew everyone and looked out for each other."

Beating heart of the capital

When you consider Wales' best medical care is but a stone's throw away, the great transport links (not one or even two railway stations, but three – including the miniature one), and all that greenery and recreational potential, it's hardly surprising that Heath remains so popular.

"Heath is one of our most asked-for areas by young families," says Nikki Lewis, director of operations at CPS Homes. "For sheer convenience and the quality of the housing stock it's a perennial favourite. As a result, prices have risen sharply."

"Heath is one of two or three areas of Cardiff that are performing above the average, and it's indicative of the quality and array of properties available and their wide appeal," says Nikki.

With Whitchurch Road's shops and bubbling food scene (Cocorico, Got Beef, Mint And Mustard et al), and Birchgrove's new bar-diner, Mojo, attracting customers who'd previously overlooked the area, there's more going on here than you might think. Heath Park is one of Cardiff's green lungs, and Heath itself is very much at its beating heart.

CPS Homes last edited this page on 10/12/2019. All details listed were correct at the time of publishing. Reviewed every six months.