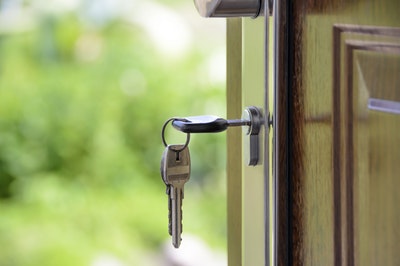 Property prices are constantly in the media right now, with numerous outlets discussing price rises and falls, and what the future holds, and once again prices have hit the mainstream media this month. New figures from the latest residential index has shown that average property prices in England and Wales had fallen by 0.3% in April 2018, and by 0.2% quarter-on-quarter to £285,082.

The latest index also found that property sales were down 12.9% quarter-on-quarter and 15.4% month-on-month, with current transaction levels currently at their lowest levels since the introduction of ARSD.

The index did also show some more positive news for the property market, highlighting that new build sector average prices increased quarter-on-quarter by 0.2% to £341,049. Nevertheless, new build sales fell last quarter by 18%, while the new build percentage of the property market was also down 9.9%, compared to the 14.4% high recorded in June 2016. The index also found that the new build price premium over existing stock currently stands at around 16.9%.

Speaking about the findings, Naomi Heaton, CEP of London Central Portfolio (LLP)), said that average property prices across England and Wales have fallen again, but the overall property market remains relatively static when compared to 12 months ago. She added the spring has traditionally been a period when activity across the sales market increases, but it appears that buyers and sellers are currently sitting on the fence. She highlighted that an unsettled political backdrop and slow progress on Brexit has further dented sentiment, which has resulted in a knock-on impact on price sensitivity and falling transactions.

She also said that the figures on new build purchases in conjunction with the falling prices represents bad news for house builders and the UK Government’s housing plans. She continued by saying that if major developers delay or cancel future construction schemes, it will make the government’s optimistic targets even harder to achieve.

Are you looking to purchase a property in Cardiff? If so, as Cardiff’s largest estate and letting agent, we have hundreds of properties, including new builds, available in many desirable locations across the city, including Pontprennau, Cardiff Bay, Canton, Roath and many more. To find out more contact our friendly sales team today on 02920 454555, email: roath@cpshomes.co.uk, or pop into our Roath or Cardiff Bay branches.