Minimum bedroom size to be introduced by government | CPS Homes 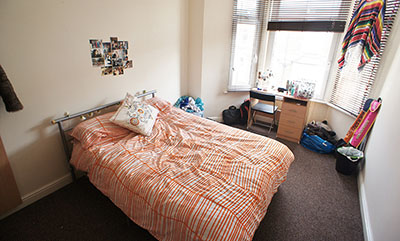 New government proposals, which only apply to landlords in England for now, aim to target landlords who cram an unsafe number of tenants into their buy-to-let properties. It’s no secret that some landlords have tried to take advantage of rising rents and squeeze as many tenants as possible into their properties to maximise profits.

The government is proposing a new minimum bedroom size of 6.52 sq meters (70 sq ft) in all shared rental homes that are classed as homes in multiple occupation (HMO). The government also said that this size would be applied for each individual or couple living in the shared property, which means landlords cannot use bunk beds to try and squeeze tenants into rooms. The government has revealed that the new measures are part of a wider package of proposals aimed at reducing the number of rogue buy-to-let owners who often exploit tenants and charge them high rents for poor living conditions.

Along with increasing the standard size of bedrooms in HMOs, the government is also proposing mandatory licensing rules for HMOs above flats, shops and other business premises. These new proposals will require all HMO landlords to provide adequate storage space and acceptable measures for the disposal of rubbish; landlords will also be subject to more stringent “fit and proper person” tests.

The new measures are only set to apply to HMOs which require licences (shared homes with 5 or more occupants from 2 or more households), and the government expects the changes to bring 174,000 more properties into the HMO licensing criteria, in addition to the current 60,000 homes already requiring a HMO licence. The HMO licensing arrangements for purpose-built student accommodation are also set to be reviewed, with the government asking for views as to whether the current arrangements are satisfactory.

Gavin Barwell, the housing and planning minister, has said that the new government measures will give councils the powers they desperately need to tackle the growing issue of poor quality buy-to-let properties on the market. He continued to say that by removing rogue landlords, the government is raising rental standards and providing tenants with the protection they need.

David Smith, policy director at the Residential Landlords Association, added that tackling rogue landlords must be a priority, and that more needs to be done about the issue of overcrowding in rooms, rather than just the size of the rooms. He continued to say that better enforcement of existing powers is needed.

Are you a Cardiff-based landlord looking to add to your buy-to-let portfolio or just looking for ways to improve your return on investment? If so, as one of Cardiff’s largest letting agents, we have the experience and knowhow to help. To speak with one of our lettings team, contact our Woodville Road office in Cathays today on 02920 668585 or email enquiries@cpshomes.co.uk.