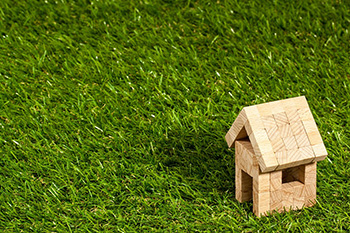 In early September, the Welsh Government published a bill that will establish a new Land Transaction Tax to replace the current stamp duty land tax in Wales from April 2018. The Welsh Government hopes that the new Land Transaction Tax, along with the Anti-avoidance of Devolved Taxes Bill, will send a strong warning to land and property owners in Wales that tax avoidance will not be accepted.

What is Land Transaction Tax?

The Land Transaction Tax will replace UK Stamp Duty Land Tax in Wales from April 2018, and like the previous tax system, will be payable when a landlord buys or sells a property or section of land over a certain price, although the price thresholds haven’t been announced yet. The Welsh Government is expected to reveal the tax rates closer to April 2018 to ensure that they better reflect the economic conditions at that time.

The government has revealed that the Land Transaction Tax will likely affect a broad range of people, including, but not limited to: property buyers and sellers, landlords, businesses such as builders, property management companies and letting/estate agents; solicitors and conveyancers are also likely to be affected.

The new legislation, which officials have called the longest piece of legislation ever drafted by Welsh ministers, is expected to be consistent with the Stamp Duty Land Tax to ensure that businesses and individuals can benefit from stability and provide the property market with reassurances and support.

Government ministers have also said that the new higher rates of Stamp Duty Land Tax on additional residential properties will be taken under consideration as part of the new Legislation for Landfill Tax that is expected to be published before the end of the year.

Here at CPS Homes, our lettings and sales teams are experts on everything property, so if you have any questions about stamp duty or the proposed Land Transaction Tax, please do let us know and we’ll do our best to alleviate your concerns. We can also help if you’re looking to buy, sell, rent or invest in Cardiff property. As one of the city’s largest letting and estate agents, we have the experience and knowhow to make your dreams come true. To find out more, or to browse through our entire range of properties for sale or rent, please get in touch today on 02920 668585 or email enquiries@cpshomes.co.uk.