Landlords will soon have to pay increased tax | CPS Homes

Half a million landlords will soon have to pay increased tax 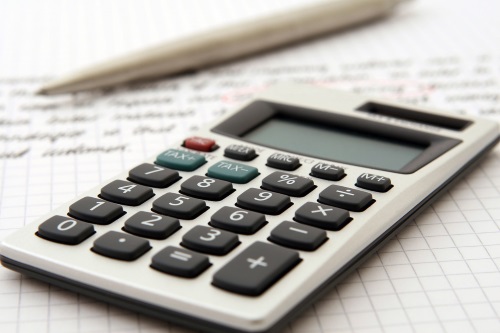 While property sellers are benefiting from ever increasing property prices, we haven't been able to share such good news with landlords recently, and unfortunately, landlords are once again the target of government changes, this time on tax. The government has announced plans to introduce a buy-to-let tax raid from next April, meaning almost half a million landlords will have to pay 40% tax on their earnings from rental properties.

The National Landlords Association (NLA) has assessed the effects that new tax rules will have on landlords, and have discovered that roughly a quarter of all UK landlords who are currently paying the 20% basic rate tax will be moved to the £45,000 higher-rate threshold for the next tax year.

Despite this tax threshold change, landlords will unfortunately not see any opportunities or tax breaks that would lead to their investment profit increasing.

The new tax change will be introduced despite the efforts of Cherie Blair who battled to have the policy stopped.

When this new tax scheme is fully introduced in 2021, landlords will no longer be able to deduct any finance-related costs, including mortgage interest payments, before declaring their taxable income, meaning their overall income will appear higher than it actually is.

At the moment, landlords are able to deduct mortgage interest payments, along with various other business costs including their insurance premiums, letting agency fees and the costs of any property repairs.

Of course, these changes won’t affect landlords who don’t have to make mortgage repayments due to owning their properties outright.

How will these changes affect landlords and tenants?

One NLA analyst provided a couple of examples of how these tax changes will affect landlords: an investor with one property will have to pay an average of £3,600 more each year, while a landlord with two or three properties could see themselves paying up to £8,600 extra per year.

Landlords in Central London, East of England and the West Midlands will be those hardest hit, with no indicator given to how landlords in the rest of the UK will fare in comparison.

Richard Lambert of the NLA commented on the tax changes, stating that the government’s claim that the change would only affect a small number of higher-rate tax paying landlords is demonstrably untrue, and a fairer system could be introduced relatively simply by only applying the new tax regulations to new loans taken out after April 2017.

One thing that is certain, between the various changes that have affected landlords’ profits negatively, and the new tax change, many landlords will be faced with the decision to either raise rents for tenants, or to sell their properties, potentially leaving occupants without a secure place to live.

At CPS Homes, while we understand that this is a difficult period for landlords, we are confident that we have the experience to ensure that purchasing a buy-to-let property in Cardiff is a practical and profitable investment to make.

If you have any questions about buying a buy-to-let property, or you’re looking for a Cardiff lettingagency you can trust to manage your property for you, don’t hesitate to get in touch, or pop into one of our branches in Cathays, Roath or Cardiff Bay.