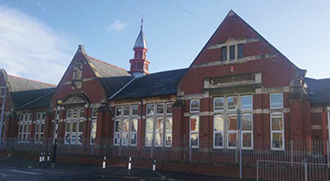 School catchment areas have long been on every parent's 'dread list'. No sooner than they emerge from the haze of sleepless nights and changing nappies does their home - once comfortably meeting their needs - fall under the infamous school catchment area spotlight. 'Ad-mission Impossible', as we're calling it, really does make the difference between a good location and a perfect location for many parents or soon-to-be parents.

In a bid to ease the mounting pressure on school places in certain parts of the city, Cardiff's Local Education Authority (LEA) has given the green light for two new primary schools to open its doors in the near future.

The first, named Pontprennau Primary School at this stage, is currently being worked on by builders and is due its first intake of nursery and reception pupils in September 2015. The £6.6m project will see 420 pupils aged 3-11 being educated, and will be a welcomed addition to one of Cardiff's newer residential areas. Seen as a long overdue necessity in the area, the extra admission places will ease the pressure on nearby Bryn Celyn and Glyncoed Primary School, and ensure areas such as Llanishen, Lisvane and Thornhill are more capable of satisfying their local demand.

"It's fantastic to see Pontprennau finally getting a primary school of its own. Properties in the area are highly affordable, and this is another string to the bow of what is already a popular location for new families. History tells us house prices within the school's catchment will rise, and I wouldn't be surprised to see new amenities in the area before too long. It is great news for current residents, but it'll also grab the attention of those looking for somewhere inexpensive to live, wanting to tick the boxes of modern family life at the same time." Amanda Trinder, Sales Manager, CPS Homes.

A new school in Penylan

The second primary school to open will be in the long-established family area of Penylan, which comes as good news for parents with children due to start part-time or full-time education in the near future, particularly following recent reports that the area's Marlborough Primary School received 109 applications for just 60 places in their two reception classes in September 2013. The situation saw many residents vent their frustration, with plenty left feeling they had paid a premium to live in the area, but weren't benefiting from their designated school.

"I was horrified when my daughter was refused a place in Marlborough Primary School's reception class, especially as she had already spent a year in their nursery class and was settled there. She's a shy girl and it took her a while to feel comfortable, so to have to move her to a different school the year after caused a huge amount of unnecessary anguish for all concerned. Despite appealing, we had to accept a place in Roath Park Primary School, which is more than twice as far from our house. Thankfully, my daughter is now happy in her new school, but I can't help feeling the situation could have been avoided." Penylan resident.

Due to be built on the Howardian site, which many will know as the old UWIC Business School, Penylan's new school will share the same catchment area as Marlborough Primary School and operate the same admission system. It will take in nursery, reception and year-one aged children from September 2016. Parents have been told they won't be able to select the new school in the application process, but they may be offered places later in the process.

"Recently, house prices on streets closest to Marlborough Primary School have been strong - with many selling at record prices - and I predict the new school will have an impact on the properties that fall within the catchment periphery, or perceived periphery. I think it'll lead to an estimated 7% increase in the price of some homes, such as those just off Colchester Avenue, which already benefit from more spacious, semi-detached dwellings." Barrie James, CPS Homes.

Catchment areas are more important than ever 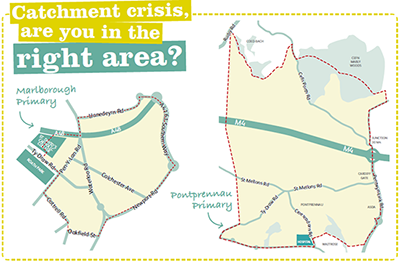 For some time now, the LEA has been committed to their pledge of 'local schools for local children'. They scrapped the previous 'feeder' or 'link' school system in 2006, which linked certain primary schools and secondary schools and provided a pathway for children from the first point of education. Instead, location and catchment areas became the key factors.

"The issue with catchment areas is that in order keep class sizes down, you have to reduce the size of your area. This leads to rising prices on the streets surrounding Cardiff's most popular schools. Yes, entry demand will vary year-upon-year, but parents won't take the risk of being on the periphery anymore, so school catchment area has become the number one search criteria for families. Some move literally two or three streets just to gain the security of admission for their son or daughter." Barrie James, CPS Homes.

Local NHS records show the demand for primary school places will continue to grow into 2016, so with many schools already operating at maximum capacity and having to turn down applications, how future-proof these new schools will be in meeting local expectations remains to be seen. What is perhaps more certain is that as children progress through primary school, the requirement to meet demand at high school level becomes more important than ever, and so may parents' next house move.