Pontprennau in a nutshell | CPS Homes

Pontprennau in a nutshell 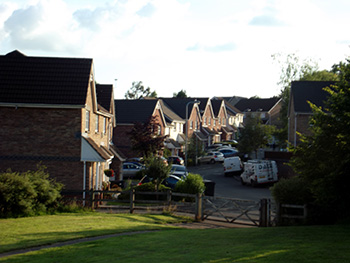 Pontprennau (Welsh for 'Bridge of Trees') is a district of Cardiff located to the east of the city centre. Known for its range of hills, green fields and shallow valleys, Pontprennau has grown considerably over the last decade and is a popular area for commuters due to its close proximity to the M4 motorway, as it allows workers to easily access Cardiff’s city centre and its surrounding cities including Newport, Caerphilly and Bridgend - it's also popular with commuters based in Swansea.

Although properties in Pontprennau aren't as expensive as houses in other fashionable areas such as Canton, Lisvane or Cardiff Bay, Pontprennau is quickly becoming one of the most desired areas to live in outside of the city. This is reflected in Rightmove’s property figures which showed that in 2013 the average house price in Pontprennau was £189,757 compared to £133,591 in Pentywn and £120,484 in Llanrumney.

Why live in Pontprennau?

Many families and professionals still view Pontprennau as a relatively new area of Cardiff due to the number of new homes built in the area over the last 10-20 years, and it is these new homes which continue to attract people to the area - combine this with the new Help to Buy scheme and it’s understandable to see many people looking to move to Cardiff choose Pontprennau.

As mentioned above, Pontprennau has excellent transport links via the M4 motorway, and it also boasts a number of retail parks close by - The Cardiff Gate Retail Park and Cardiff Gate International Business Park are prime examples, with many high-profile companies such as Audi, Mercedes-Benz, Regus, ADT, ASDA and B&Q located there.

Pontprennau is a popular place to live because it’s close enough to the city that residents can enjoy what the city offers, but far enough away to offer peace and tranquillity - unlike the city centre, there is no rush hour here!

Hopes for the future of Pontprennau

Pontprennau is a great area, but we are sorry to say it is lacking schools at the moment, which makes the area better for professionals than for families. Currently, children attend schools in Pentwyn, Llanedeyrn and Llanishen, but there are plans to open a primary school in September 2015 after original plans were delayed in 2007.

Some would also find Pontprennau lacking a community feel: it only has one pub (which is situated on the border with Pentwyn), one community centre, one dentist and two GP surgeries. The area has no libraries, leisure centres or standalone post offices and therefore, some can think the area is just one big housing estate.

Regardless of its few shortcomings, Pontprennau is a great place to live, and the properties which we have available for rent and sale in the area are of the highest quality. If you’re looking to move to bring this community feel to Pontprennau, search through the properties on our website or contact one of our Cardiff based branches where a member of our friendly team will be pleased to help you with all of your property queries.