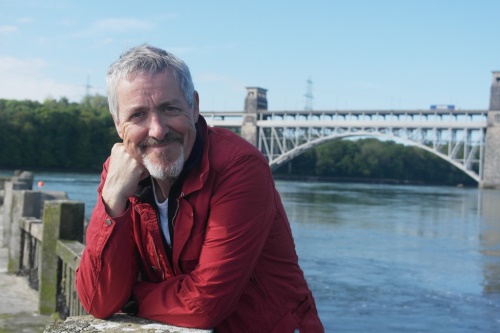 We caught up with Griff Rhys Jones in a Roath coffee shop to discuss Cardiff, the mistakes of town planners, and not being a proper Welshman.

There's no such thing as an average day, really, but I do spend too much time answering emails. It distresses me that before the web, we were in an illiterate age - you never wrote anything down; we all just spoke on the phone. And now we all spend our time writing to one another. It's good - it's actually an improvement in some ways, but I spend so much time writing emails.

DO YOU PREFER WRITING FOR SCREEN, WRITING BOOKS, PRESENTING, OR ACTING?

I love writing for a book. I like the way a book is created. An author I was recently speaking to likened it to building a wall; if you have the time to sit down everyday and write 1,000 words, you’ll have your book. Insufficiently Welsh, my fifth book, is an account of a journey around Wales, so it was a bit like writing a retrospective diary.

DO OTHER PEOPLE CONSIDER YOU TO BE ‘INSUFFICIENTLY WELSH’, DO YOU THINK?

Well, a little while ago I was nominated for a Welsh BAFTA. Outside the Millennium Centre there were media people. Eventually S4C decided they wanted a word, and I was asked, ‘How do you feel to be up against a Welsh presenter?’ I said the clue to my nationality was in my name. So the interviewer started the interview over again: ‘Er, Griff, can you tell me how it feels to be up against a proper Welsh presenter?’ 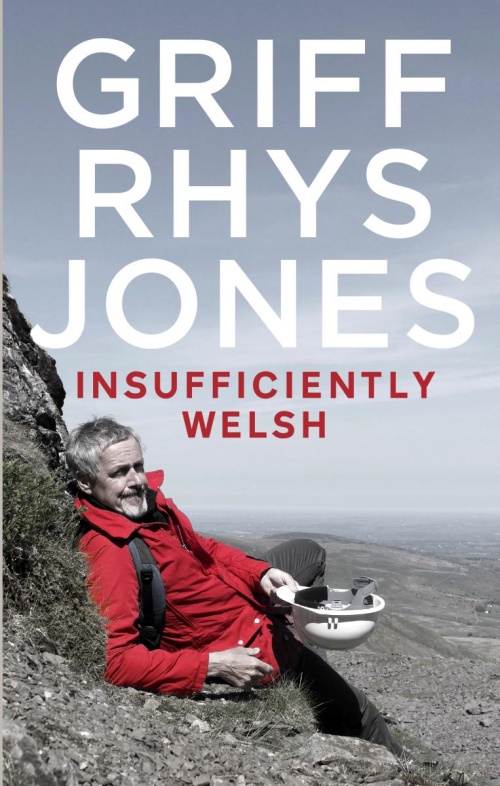 OUCH. HOW WELL DO YOU KNOW CARDIFF?

Well, my father was from Llanishen. I made a programme about him and so went to his old home for the first time last year. As a child I used to go to Penylan because that’s where his mother moved when my grandfather died.

PENYLAN IS UP THE HILL FROM WHERE WE’RE SAT, YOU KNOW?

Is it? I don’t know. The last time I was really knocking about here was when I about six. I’m now 60, so I’m afraid none of it comes back. My memory isn’t very good – I live in the eternal present.

WHY DO YOU THINK YOU HAVE SUCH A STRONG AFFILIATION TO BUILDINGS?

I don’t know why that is. I’m still knocked sideways by beautiful buildings. I’m a romantic by nature, a fantasist if you like. For my book Semi-Detached, the only way to piece together my past was by revisiting the places I’d been when I was a kid. I went to where my grandparents lived in Weston-super-Mare, but my mother gave me the wrong address. I didn't realise: all the memories still came flooding back! So I have to treat with a pinch of salt some of my waves of nostalgia.

WHAT DO YOU MAKE OF CARDIFF’S ARCHITECTURE?

One of the things I’ve enjoyed about driving around Cardiff and Newport, where I visited Tredegar House, is as you come into both places you come through these buffered suburbs; places which have a sort of settled-in look to them, there’s a streak of individualism in the way each house and garden is kept, and I think these are extraordinary. There’s a quiet life to them.

YOU LEANT YOUR WEIGHT TO A CAMPAIGN TO STOP COUNCIL ENCROACHMENT OF CARDIFF’S BUTE PARK, DIDN’T YOU? 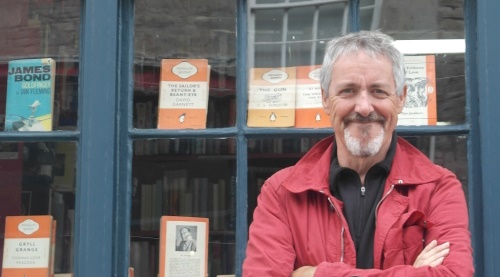 Yes. Whenever I’m here I stay in Cathedral Road and I run through the park everyday along the Taff. It’s a magnificent and rather wonderful thing, that park.

The government still says we should encourage more commerce in the middle of towns – that’s such an old fashioned, 1970s view. I think we need to encourage village communities within towns, such as Roath, Llandaff or Pontcanna, as this seems to be the future of all cities. But councils have a desire to commercialise the centres for the purposes of rates, to push them up.

IN INSUFFICIENTLY WELSH YOU SAY, “CARDIFF MEANT THE ARCADES”, BECAUSE YOU WERE DRAGGED AROUND THEM AS A BORED CHILD. WHEN DID YOU LAST VISIT THEM?

We used to have a little office in Castle Arcade so I know that one very well. Independent businesses are always under pressure from bigger businesses, but the arcades suit small independents. Arcades are the future. 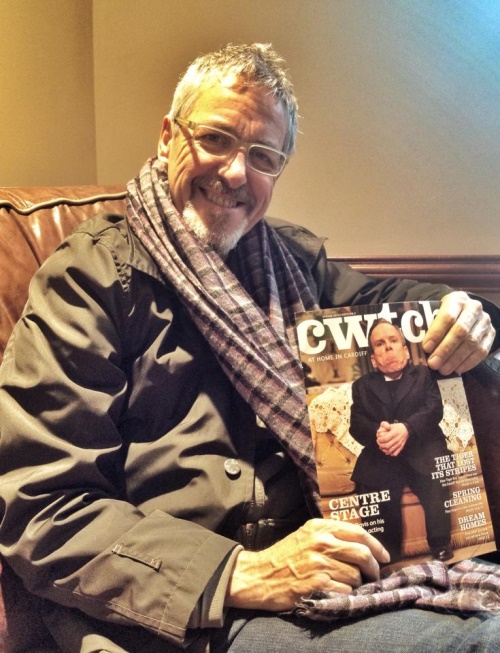 YOU TRAVEL ALL AROUND WALES IN YOUR BOOK. WHERE HAD YOU NOT PREVIOUSLY BEEN AND WHAT MADE A LASTING IMPRESSION?

The Beacons was just about the only area I’d not been to before. They put me in a glider for the programme I was making and I flew up over them. My pilot, Bo Nilsson, is a Swedish gliding instructor who returns every year to South Wales because there’s nowhere else in the world like the Beacons for gliding.

YOU SAY THAT WALES IS THE ‘LAND OF MY AUNTIES’ AND CALL YOURSELF EPPING WELSH. DID MEETING SO MANY DIFFERENT VARIETIES OF WELSH NOT MAKE YOU FEEL LESS OF AN OUTSIDER?

No. I don’t think I am as Welsh as they are – if you’re not brought up in the culture, all sorts of things trip you up all the time. The language is the main one. I know more Italian due to eating in far too many Italian restaurants than I do Welsh. Therefore, I happen to believe that restaurant menus across Wales should be in Welsh. After all, we only use a language when we want something. If they were all in Welsh eventually I’d learn the difference between cwtch, kitsch, and ‘kotch’ – which is it again?

If you’re interested in buying or renting a property in Cardiff, get in touch with the team at CPS Homes. Let us introduce you to the city Griff Rhys Jones remembers and help you every step of the way, from paperwork to property maintenance once you’ve moved in! You can also stay informed on Cardiff and its local events by following our blog, or by seeing what we have to say on Facebook, Google+ and Twitter.