Best areas to live in Cardiff for a student 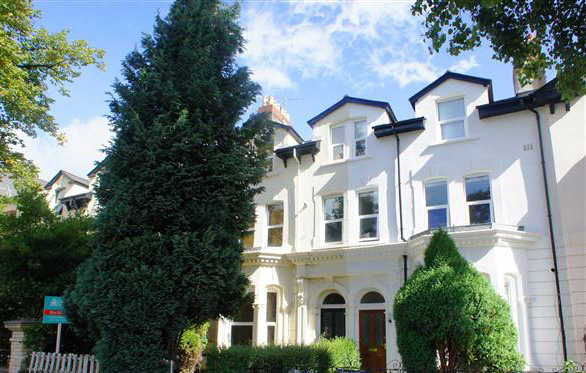 Cardiff has been growing its reputation as a fantastic university city for a number of years, which has helped attract students both nationally and internationally to the Welsh capital. With courses covering all areas of education, campuses spread across the city, entertainment and social offerings that you'd expect from a capital as well as a more affordable cost of living in comparison to many other UK university cities, it's no wonder Cardiff has proved such a popular choice for so many students.

Below we've put together a few areas in Cardiff that we believe would serve you well as a student, but be sure to check through other areas of the city that aren't mentioned by heading over to our guide to living in Cardiff.

Ask any native Cardiffian to name a few hotspot areas for students and you can be sure Cathays will make the list. Cathays is a bit like a town in it's own right due to the bustling activity that takes place around the area 7 days a week. Cathays is perfectly situated near both the Cathays Park campus and the University of South Wales Cardiff campus, while those to the north of Cathays also have easy access to Heath Park campus. With streets packed with convenience stores, bars, cafes, restaurants, tattoo parlours, shops offering odds and ends, plus pretty much anything else a student might be in need of, it makes Cathays one of the most popular areas in Cardiff for students. It's even within walking distance of the city centre for good measure.

Read our guide to living in Cathays to learn more.

Roath may be a little further afield than some other suburbs of Cardiff in terms of distance to University campuses, but it's still a very popular area for students. The green surroundings of Roath Park and its stunning lake are no doubt a great draw, as it's the perfect spot for students to relax, gather together or to perhaps even take studies outdoors if the weather allows. Roath is close enough to the Cardiff Metropolitan Cyncoed campus to make it a viable option for students attending here, plus there are plenty of University sports facilities located within this vicinity as well. Roath is generally a little quieter on the whole, but there is still everything you need in terms of shops and places to socialise, including a number of pubs and bars that have always been popular among students.

Read our guide to living in Roath to learn more.

The area of Heath is the obvious choice for students attending the Heath campus, as the lecture halls and Heath hospital will be located a short stroll from wherever your accommodation would be. Student accommodation in Heath typically sees several students sharing a house, however the houses in Heath tend to be quite a bit larger than other areas, such as the terraced student accommodation in Cathays. It's also worth noting that overall, Heath generally has a much more chilled out residential feel to it. This area is also around a 15 minute walk from the Cardiff Met Llandaff campus, but as many parts of Heath are thriving with students as well as plenty of local stores and student budget eateries, it'd be well worth considering if this is where you study.

Read our guide to living in Heath to learn more.

To discuss your search for student accommodation in Cardiff, whether you're starting your university adventure or are an existing student looking for a change, don't hesitate to get in touch with the team here at CPS Homes. Reach out to us by calling 02920 668585, e-mail enquiries@cpshomes.co.uk or pop into one of our three Cardiff branches.