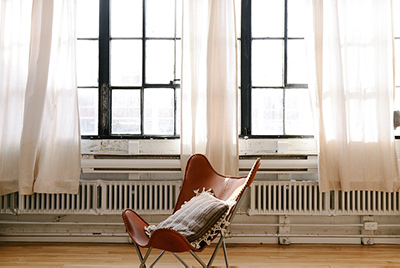 When deposit protection was introduced in 2007, it put an end to the days of rogue landlords returning however much of a tenant's deposit they saw fit.

Previously, if an agreement couldn't be reached, tenants either had to lump it or take legal action through the courts. Now, the Alternative Dispute Resolution (ADR) procedure offered by deposit protection schemes gives tenants the opportunity to state their case to an independent adjudicator free of charge.

Onus very much on landlords

If you're a landlord who has been involved in a dispute that's gone to ADR, you'll know exactly how much evidence you're expected to provide in order to prove your case is clear-cut and cast-iron.

Missing one or two items that would help dot the I's and cross the T's? Well, however good the rest of your case is, experience tells us that the adjudicator presiding over the case will spot the undotted I's and uncrossed T's and find in favour of the tenant.

Of course, some will say this is the way it should be. After all, the deposit belongs to the tenant, so if the landlord is unable to prove their claim, why should he/she be entitled to any of the deposit?

It's a valid question, but we have to ask if the benchmark landlords are having to meet in order to win a claim is set too high.

There are sceptics out there who believe tenants are very much aware of how difficult it is for landlords to win a dispute, so are contesting items they know full well are their liability, in the hope that their landlord hasn't got 100% of the evidence to prove it.

Wear and tear vs damage and neglect

Ultimately, this is what a deposit claim boils down to.

It's common knowledge that landlords must allow for fair wear and tear during the course of a tenancy, whereas anything classed as damage, abuse or neglect can be claimed for.

When damage does occur, it's often necessary for an item to be replaced. However, tenants shouldn't necessarily be asked to cover the full cost of the replacement, which is where a lot of landlords go wrong.

'Betterment', as the term suggests, describes a situation in which a person ends up in a better position (financially or materially) than they were originally. If fair wear and tear is considered, then the entire cost of replacing an item may not lie entirely with the tenant. For example, a mattress being replaced at the end of year three – when its life expectancy was four years in total – should only amount to a charge that's 25% of the cost of replacement, seeing as the landlord has already had three years' worth (75%) of its use.

We've recently been advised that landlords of HMOs should be expect to re-decorate communal areas every two years and bedrooms every three.

A lot of landlords don't consider this, so claim for the wrong amount. The adjudicator expects to see consideration for age, the cost of the item when it was first bought and the cost of the replacement. A signed inventory stating an item was "brand-new" isn't enough anymore.

At a minimum, landlords should be prepared to submit the signed inventory, a signed check-out report (an unsigned version will hinder things), photos from the start and end of the tenancy, itemised invoices from any contractors to have carried out remedial work, proof of purchase of any items being claiming for, as well as proof of the cost of any replacements. A full guide to damages and deposit disputes can be read here.

We process thousands of deposit returns every year and have a back-catalogue of adjudication decisions to refer to, so we can confidently predict the outcome in most types of claims.

It's become increasingly difficult for agents/landlords to win these claims in recent years, even with a thorough dossier of evidence presented. It's a constantly-moving target for landlords and the powers-that-be appear to be adopting a policy of "if in doubt, find in favour of the tenant". As such, it's very rare that a claim is won in full at adjudication.

With this in mind, we've been urging more landlords to agree a compromise with tenants where deposit claims are disputed. This may mean agreeing to a 25% reduction to settle outside of adjudication, but that outcome is considerably more positive than if it went to adjudication. Landlords also receive funds much quicker this way, as it currently takes 3-6 months for a decision to be reached at adjudication.

Are security deposits becoming a thing of the past?

We asked this question recently.

With more 'zero deposit' accommodation options on the market than ever before, and more and more landlords losing adjudication claims, we're absolutely certain that deposits are on the decline.

Read the positives and negatives of asking for a lower deposit.