Are security deposits quickly becoming a thing of the past? 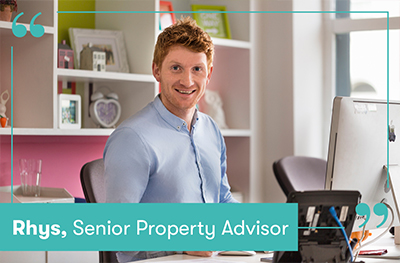 'Thanks' to university halls and purpose-built student accommodation, they're certainly on the decline, but it could well mean more rental income for landlords.

We’ve been reporting for some time that the Cardiff lettings market is an increasingly competitive arena for landlords, with more supply (properties) than there is demand (tenants) in most areas of the city.

The above is especially true for landlords of student properties, who are no longer competing with just each other for tenants. Now, they're up against approximately 8,000 new purpose-built student rooms – all shiny and modern with en-suite bathrooms and a host of appealing features like gyms, cinema rooms and karaoke booths.

Move in for less

As well as these unique offerings, they also cost significantly less to move into. By that, we mean the upfront costs are lower than traditional student house shares, with many blocks asking for deposits as low as £100; which is a dream come true to a young and transient market who tend to budget day-to-day or week-to-week, rather than for the whole year ahead.

Yes, the monthly rent may be a little more expensive than your traditional student house share, but when 'cash on the hip' is your single biggest worry, you'd probably rather spend more over the course of the year than a big chunk upfront.

This all starts with university halls of residence, of course – where students tend to live for their first year of studies – because they don’t ask for a deposit at all.

Additionally, the new blocks tend to offer a great deal of flexibility on the length of tenancy, meaning many don’t charge summer rent. They’re increasingly coming up with special offers and incentives, too, such as £200-£1,000 cashback and double occupancy at no extra cost.

For the last six months, we've successfully trialled an offer that has allowed tenants to move in with a significantly lower deposit than normal.

Landlords who were happy for us to offer this incentive saw their properties receive quadrupled levels of interest, which generally turned into quicker occupancy and limited-to-no void periods.

What's more, as tenants are paying less upfront, they’re more open to the idea of paying more over the course of the tenancy, so rent levels have been rising, meaning more money in landlords’ pockets.

Considerations to be had

With competition fierce and a plethora of 'move in for less' alternatives out there, landlords should consider if asking for the equivalent of a month’s rent as a deposit is making their property an attractive prospect to tenants or not.

Additionally, what is the risk of taking a lower deposit? It's extremely rare that the cost of cleaning and/or damages amounts to anything like a month’s rent, so it could be argued that what gets returned to the tenant is surplus to requirements. Guarantors and the legal system are there for the worst case scenario.

Finally, might there be benefits to asking for a lower deposit? Our recent trial would suggest there are, with increased rents and near-guaranteed occupancy.