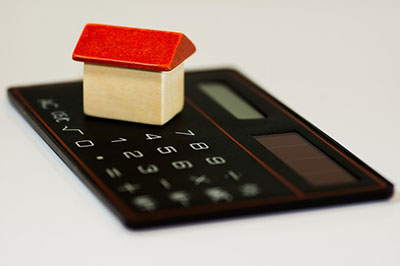 Labour have unveiled a list of new policy ideas that they believe would slow down property price rises, abolish council tax for tenants and improve the current regulation system within the buy-to-let market. Jeremy Corbyn's Labour believe that the introduction of these plans would help make the economy fairer for those who are least well off.

The policy paper, which is entitled 'Land for The Many', outlines 9 multifaceted policy recommendations which could be implemented in the future by a Jeremy Corbyn-led government, and aims to "change the way our fundamental asset is used, owned and governed".

Of all the proposals, the idea of replacing council tax with a "progressive property tax" is probably the most eye-catching. The policy paper recommends that the new tax should be "based on contemporary property values", and it's a proposal that is levied at homeowners, meaning private renters and low earners who are unable to take the first step onto the property ladder would be completely freed from having to pay council tax - however, there is no mention as to how this may affect rents.

Homeowners with larger homes and gardens (ie. families) would face a staggered higher rate of taxation for each of the top four property bands by value.

It's believed the implementation of this new system would generate more revenue, encourage efficient use of the housing stock, leave most homeowners better off, and boost disposable incomes for the least wealthy. The paper also suggests that those who own the least valuable properties (those in the bottom 10% of regional house prices scales) should not be liable for the tax at all, and that the tax should progressively increase based on the estimated price of the property. This would result in the very wealthiest homeowners facing the largest financial burden.

The report also recommends that Stamp Duty Land Tax should be phased out for those who are buying a property to live in themselves, and that Capital Gains Tax for second homes and investment properties should face increases.

Many have voiced concerns over these proposals, with Housing Secretary James Brokenshire claiming that the proposals are extraordinary and would be deeply damaging in equal measure if implemented. He says that the new tax ideas would negatively affect families, and those with family homes and gardens would be paying far more.

Furthermore, the report also believes that changes need to be made in the private rented sector. It suggests that tenancies should be open-ended and that landlords should lose their power to evict a tenant who has not broken the terms of the tenancy agreement within the first three years and following this period landlords should have to provide grounds for eviction. It also states there should be a cap on annual rent increases and that they should be no more than the rate of wage inflation or consumer price inflation - whichever is lower. The report also proposes that buy-to-let mortgages should face stricter regulations.

You can read the full report on the Labour website.

Whether you’re looking to buy, sell or rent a property in Cardiff, our knowledgeable team here at CPS Homes have the expertise to help you from start to finish. Get in touch with us today by calling 02920 668585, e-mailing enquiries@cpshomes.co.uk or by popping into one of our three Cardiff branches.