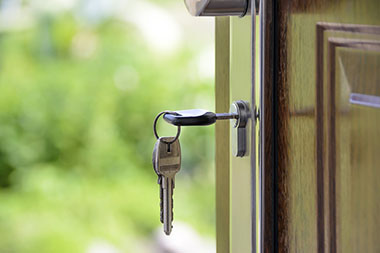 Late last year, the UK Government, along with the Labour Party, announced a range of new legal measures aimed at tackling the issue of rogue landlords in England. The government has revealed that it plans to force landlords in England who want to rent out an individual property to five or more people, from two different families, to be licensed. The government plans will also see the maximum number of people able to occupy a room specified by the property’s licence.

In England today, there are around 4.3 million households in the private rental sector with around 500,000 of these set up as houses in multiple occupation (HMOs). According to the Department of Communities and Local Government, the government’s proposals, which are subject to Parliamentary approval, would make flats and all one and two-storey properties subject to a licence. Currently, licensing is only applied on properties that are three or more stories tall, and if the proposals are introduced, about 160,000 homes will be affected by new licensing laws.

Labour’s leader Jeremy Corbyn has also indicated that Labour will tackle the issue of rogue landlords should they get into power, saying that he wants tenants to have more powers to avoid eviction from their rental homes.

In addition to the measures set out above, the UK Government has also announced that it plans to bring forward its proposals for minimum bedroom sizes in rental properties to try and overcome the growing problem in the UK of overcrowding and generally poor levels of accommodation. What’s more, the government is awaiting approval from Parliament for regulations outlining offences such as blackmail, burglary, fraud and fire safety which could lead to landlords being banned for letting out properties; from April, landlords who are banned will also be placed on a database.

Housing Minister Alok Sharma said that government measures are seeking to target “unscrupulous landlords” who take advantage of overcrowded, dangerous and squalid conditions in the name of profit. He added that the new measures being introduced by the government will give councils across the country the power to crackdown on rogue landlords even further and ensure that they’re driven out of the lettings industry for good.

In addition to the government’s measures, the Labour leader also said to the Independent that he would look to abolish so-called “no fault” evictions, which see tenants told to leave their properties without reason. He added that a Labour government would put more of an emphasis on longer tenancies, and a more regulated private rental sector.

Here at CPS Homes letting agents, we’re experts in all things to do with renting property, so whether you’re a landlord with questions, or someone looking to rent a property across Cardiff, we can help. To find out more about our renting services, get in touch with us today on 02920 668585, email enquires@cpshomes.co.uk or pop into our modern office based on Woodville Road in the heart of Cathays.