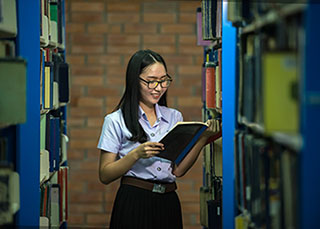 At the Conservative party conference in October 2016, the Home Secretary Amber Rudd revealed that the Home Office was planning a crackdown on the number of international students studying at UK universities. At the time, it was revealed that tougher visa rules would be introduced for "lower quality" universities and courses, but senior university sources have said that the plans for cutting the number of international students go much further than first thought.

These senior university sources have said that the Home Office is planning to cut the number of international students in the UK from 300,000 per year to just 170,000, a cut of almost 50%. The government has said that it wants to reduce international student numbers to address fears that too many students were outstaying their visas once their courses ended. However, many student organisations and leading universities have expressed their concerns with the proposals, citing figures from Universities UK which show that international students bring in over £11bn to the UK economy and provide around 170,000 jobs.

It was also rumoured that the Home Office have devised more severe cuts that will see international student numbers reduced to just 100,000 a year. However, the Home Office has categorically denied these rumours.

Britain's reputation could be tarnished even further

The biggest critic of the Home Office’s proposals is the National Union of Students, which has said that proposals to cut the number of international students would be a disaster for the UK’s education system. The NUS continued to say that Britain’s reputation as a desired location for students across the world has already been ruined by the government’s treatment of international students, and implanting these proposals will only tarnish its reputation further. What’s more, the NUS has also expressed its concerns about the government’s apparent willingness to strip away the basic rights of so many international students over the past couple of years.

Here at CPS Homes, we are Cardiff’s largest student accommodation provider and know just how important international students are to the UK’s economy. These international students also help give Cardiff its appeal, and we are equally concerned to hear that numbers could be reduced so dramatically. If you’re an international student in Cardiff looking for next year’s accommodation, we have hundreds of properties available across the city, so whether you want to live in Cathays, Roath, Cardiff Bay or Canton, we can help. Take a look at the student properties we currently have available, and please don’t hesitate to get in touch with our student lettings team today on 02920 668585, email enquiries@cpshomes.co.uk or pop into one of our Cardiff-based offices in Cathays, Cardiff Bay or Roath.