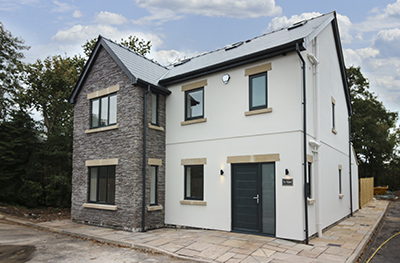 As one of Cardiff’s largest letting and estate agents, we have a keen interest in the property market, and have written quite a few articles recently highlighting the ups and downs in the market since the Brexit vote in June. The main concern amongst estate agents, property sellers and landlords was that following the vote to leave the European Union, property prices would begin to fall, but, it would appear that property prices aren’t falling, but actually rising!

New figures published by the Office for National Statistics show that property prices in the UK rose by 1.3% in August, and are up by 8.4% when compared to the same period last year; the average price of a property in the UK now stands at £218,964. The latest index report also found that property prices increased across almost all of the country, with only the North East and Wales experiencing a fall in property prices, by 0.2% and 0.6% respectively.

According to the index report, Northern Ireland experienced the biggest month-on-month increase in property prices, with prices increasing by 3.8%. This was closely followed by the South West at 2.3%, and the South East at 1.9%. When looking at year-on-year data, the biggest price increase was in the East of England with a staggering 13.3% increase, followed by the South East at 12.1%. Wales experienced the smallest year-on-year increase at just 2.7%, while the North East saw an increase of 3%, and Scotland experienced a 4.3% increase. Many experts have said that these figures highlight the growing north/south divide that still exists in the UK.

It wasn’t all good news though, as the index report also found that property sales are down across the country, with sales falling by 32.2% in England between June 2015 and June 2016 (the most recent figures available). Sales also fell in Wales by 27.1%, 21.6% in Northern Ireland and 7.4% in Scotland.

Housing market going through a period of ‘relative stability’

The index report went on to say that Brexit hasn’t had the predicted effect on the UK housing market, but that the market could still cool over the next 12 months, with some property experts predicting that slower economic growth will have more of an impact on the property market in 2017 and onwards.

Here at CPS Homes, we are one of Cardiff’s leading estate agents and have the knowledge and experience to help with all your property needs. To find out more about our property services, or to speak with one of our friendly team, please get in touch today on enquiries@cpshomes.co.uk, call 02920 668585 or pop into one of our three Cardiff branches in Cathays, Cardiff Bay or Roath.