They want how much? The price of student accommodation 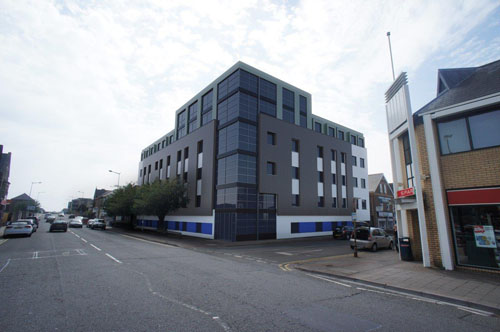 It seems like every week in the news there is another horror story about someone being shown around a property that can be best described as uninhabitable, for an extortionate amount of money. Case in point, one house hunter in London recently went to see a bedroom only to be shown a mattress in a cupboard under the stairs, a “room” with so little space it would make Harry Potter feel claustrophobic. The asking price for this bedroom? £500 per calendar month!

Today at CPS Homes we’re taking a look at the cheapest, and also the most expensive places to be a student in the UK. Somehow, we have a feeling we’ll be seeing even more students coming to Cardiff by the time we’re done!

'Luxury accommodation' doesn’t always mean preposterous monthly rents for the privilege of being locked in a room where other people store their jackets, there are some accommodations that charge what can seem like expensive fees and you actually get to live in a fab property!

For example, there are some new student flats that have opened in Liverpool, which come with a price tag of £232 per week (yes, that’s a monthly cost of £936!), but offer amenities such as a cinema room and shared gym. If you’re feeling particularly flushed with cash, there’s the Fountain House block of student flats in London, which, though being undeniably attractive and close to Hyde Park, come with the less palatable monthly rent cost of £21,000 a month – ever so slightly out of the budget of the average student.

The most expensive places to live

Recent research by HSBC took a pool of the 20 cities with the largest student populations, comparing various metrics to see which city was the most expensive and which was the cheapest place for students to live. The data used by HSBC included weekly essentials, weekly rent, weekly bus pass and the cost of five pints of beer and two bottles of wine which was added together to make a total weekly living cost. The research also separated Freshers, who would most likely be living in student halls, and second and third years, who would generally be living in private-rented housing.

The cheapest places to live

If you’re looking for high-quality student properties in Cardiff then CPS Homes is the lettings agent for you! To book a viewingcontact us online, email us on: enquiries@cpshomes.co.uk or pop into our Cathays branch on Woodville Road.