Student accommodation to be built in Cardiff | CPS Homes

New student accommodation to be built in Cardiff 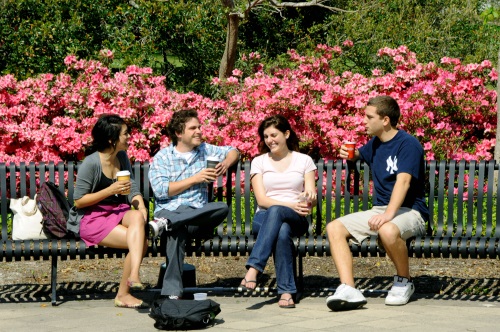 Cardiff-based universities have seen a recent surge in popularity, providing students with a satisfaction that has made applications to Cardiff-based universities increase over recent years. Due to the rising number of students there has been a significant demand for newer, attractive student accommodation to be built in the city. In the past few months, no less than 3 individual applications have been proposed to build new flats for students, and while these could provide living areas for young people moving to the Welsh capital, the plans have raised concerns with some people who feel they could have a detrimental effect on Cardiff businesses.

In June this year, developers Watkin Jones announced early plans to build a 35 storey student accommodation block in the city centre. Once completed, this building would be become the tallest in Wales, eclipsing Cardiff’s Capital Tower offices, with its 25 storeys, and also Swansea’s Meridian Tower, which stands at 29 storeys tall.

The building itself would sit in the space between Customhouse Street, Bute Street, Hope Street and the railway line, and would serve as a “landmark building”; that means it would be used as a way finder between Cardiff Bay and the City Centre, permanently changing the Cardiff skyline and landscape.

The plans, which would create accommodation for 450 students, also include a dedicated retail space on the ground floor; they are currently still in their formative stage, but were taken to a public consultation in July.

There has also been an application submitted for the demolition of the former York Hotel and Custom House to make space for a 170-room student accommodation building. The derelict hotel is located between St Mary Street and Customhouse Street, and is a short walk from the 35-storey building mentioned above, should those plans go through.

The development would span 7 floors and would include facilities such as a gym and a coffee shop. The developers, Morgan 2 Hayman, who submitted the plans, are keen to rejuvenate the area which has become a hotbed for graffiti and vandalism since the buildings were abandoned. They believe it would also reinforce the link between the city centre and Callahan Square.

Not everyone is happy about these plans though: property specialists Bruton Knowles have announced that adding more student accommodation in Cardiff city centre would have a negative knock-on effect on small Cardiff businesses and buy-to-let landlords in Cathays and Roath. They argue that by transforming these abandoned buildings into student flats, potential office space is being removed from the market, encouraging businesses to move away from the city in order to set up offices or headquarters. They also believe that by offering newer living spaces to students in the city centre, students are less likely to move into typical student areas, leaving landlords out of pocket.

It is not only property specialists that are concerned about the number of applications for student accommodation that have been made. Eluned Parrot, Assembly Member for South Wales Central, has also expressed concerns about the loss of potential office space. Her concerns were raised following the submission of new proposals that could see Fitzalan Court turned into student housing for more than 250 students.

Under these proposals, the 4 buildings will be turned from office space into accommodation for both students and graduates. The application shows that, along with the living space for students, the complex would have a cinema, music rooms, a laundrette and a fitness suite.

What do you think? Are we risking scaring off businesses, or will extra student accommodation provide a boost to the local economy? Let us know in the comments below.

If you’re looking to buy in the Cardiff area, or want to sell your house or flat, don’t hesitate to contact us, or visit one of our offices in Cardiff Bay or Roath.