A call for an increase in deposits | CPS Homes

A call for an increase in deposits 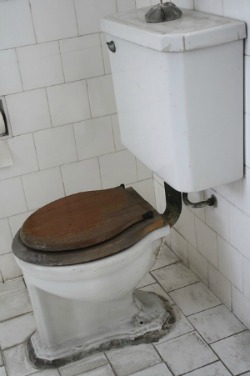 The Association of Independent Inventory Clerks has advised both agents and landlords to increase the cost of deposits, due to the extortionate expense of damages and cleaning of properties in some areas of the UK. Many properties are often left in a poor condition at check-out, and the deposits can be insufficient to cover the charges that landlords are then forced to spend on repairs.

Figures from My Deposits reveal that the average tenancy deposit has increased massively by £304, from £893.82 in mid-2007, to £1,197.73 of late. However, the statistics also expose a considerable variation between the most expensive and the cheapest areas in England and Wales, with a £1,168 difference. As expected, the priciest average deposit paid by tenants is in London, pricing at £1,760.30, which has risen by £37.20 since last year, and in contrast the cheapest is as low as £592.75 in Yorkshire and Humber. The Association of Independent Inventory Clerks (AIIC) acknowledges that in many cases landlords were unable to restore the properties to their previous state due to the insufficient funds from deposits.

The Chair of AIIC, Pat Barber, states that:

“Landlords and agents may need to review the deposits they take to ensure they will cover any potential costs incurred at check-out.  In some parts of the UK, the deposit simply is not enough to cover the costs to return the property back to its original condition at the end of the tenancy should things go badly wrong. On many occasions, we have been faced with filthy properties requiring a full deep clean.  We have also seen numerous cases of damage to carpets and floor coverings, baths, sinks and other fixtures and fittings - all of which are costly to repair/replace.”

Agents and landlords expect properties to be left in the same conditions as they were found, which is reinforced in the contract, and yet, too many tenants fail to comply with the agreement and leave the property in an unacceptable state. The AIIC has noted the most common cleaning issues that tenants often neglect:

Although it may sound like common sense, these issues are quite often forgotten about by most people, and it becomes an issue when tenants forget it as they are not in their own property and any damages will fall on their landlords to repair. To avoid any dispute about the condition of the property, it is advisable that landlords, agents and tenants take photographs of the property at check-in and check-out and communicate throughout the tenancy to make sure any issues are dealt with rapidly.

If you are a landlord or tenant and would like more advice don’t hesitate to contact us, we’ll be delighted to help!