Cardiff named number one city to live in the UK 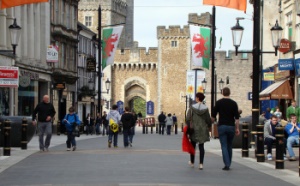 Cardiff has been named the best city to live in in the UK, placing it above cities such as Manchester, London and Liverpool in a survey of Britain's 12 biggest cities. This news comes on the heels of an earlier report naming Cardiff among the top three cities in Britain when it comes to offering value for money on a short break to the area. Here at CPS Homes, we're incredibly excited that Cardiff is receiving nationwide recognition as one of the country's top cities in every aspect, from a better quality of life to being an affordable city-break destination, and having lived and worked in such a fantastic city for over ten years, we decided to explore what it is about living in Cardiff that makes it the best place to be!

Feed me ‘til I want no more!

If there’s anything Wales is best known for within the United Kingdom, it is our love of rugby, and our love of good food – we even found a way to combine the two by adopting Cwm Rhondda, more popularly known as Bread of Heaven, as our ‘Welsh Rugby Hymn’! To live in Cardiff is to bear witness to an exciting and steadily growing food scene, comprising of a community of businesses, market stalls and pop-ups offering diverse and vibrant flavours in a multitude of forms. Increasingly, restaurant owners are choosing Cardiff as the first choice, outside of London, in which to expand their brand, and we’ve welcomed everyone from celebrity chefs to MasterChef winners to our city centre in recent years as we enjoy the fruits of their labour. The latest restaurant to get excited about is Hokkei, an Asian restaurant established by two MasterChef finalists due to open on Crwys Road in late October. 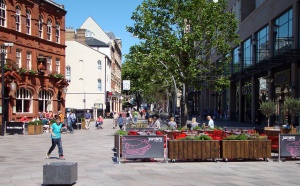 Wales has also been recognised by the Good Food Guide 2015 as offering some of the best eateries in the UK. Eight new restaurants have been added to the guide this year, raising the total number of Welsh restaurants featured in the guide to 74, including Casanova, an authentic Italian restaurant located right here in, you guessed it, Cardiff!

Cardiff is a truly cosmopolitan area with plenty to offer, and at a fantastic price to top it all off; Trip Advisor’s recent survey compared the cost of a one-night stay in a four-star hotel, including meal out, pre-meal cocktail and a short taxi ride, and found that in Cardiff the total cost of the weekend measured at an average of £173 – a bargain compared to Bristol (£180), London (£267) and Edinburgh, which was the most expensive, at £331. To enjoy a meal out in a more lively location, the Brewery Quarter is thought to be Cardiff’s ‘home of entertainment’, and features a range of restaurants, cafés and bars to suit every budget, as well as a live DJ on weekends to enhance the party atmosphere.

If the high street is where you’d prefer to spend your time, however, Cardiff offers one of the most diverse selections of shopping facilities in the country. The city hosts one of the UK’s biggest shopping centres in St David’s Shopping Centre, which prides itself on its combination of designer, high street and independent brands. Cardiff is also home to some of the oldest historic arcades in Britain, many of which still retain their original Victorian and Edwardian features, which offer a unique selection of vintage and high street stores, boutique jewellery shops and quaint tea rooms. 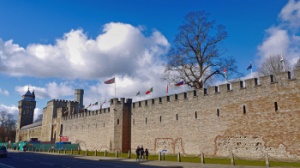 Between the restaurants, the hotels and the shopping, it’s hard to find something Cardiff doesn’t excel at – there really is something for everyone in this vibrant, friendly city and we definitely couldn’t picture living anywhere else!

If you’ve visited Cardiff and were seduced by everything the Welsh capital has to offer, we have properties all over the city, from the city centre to the more student-friendly areas like Cathays. Whether you’re a student who’s new to the city, a professional moving here for good, or if you’ve lived here all your life, here at CPS Homes we’re confident we’ll be able to find you the perfect property to call home in this brilliant city.