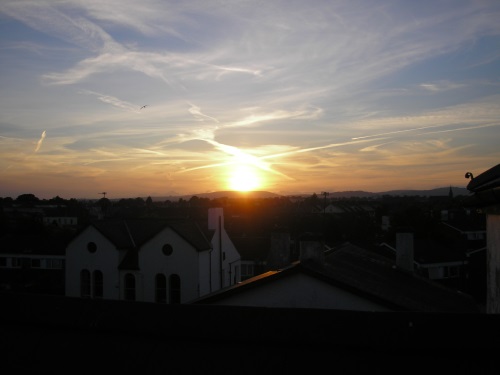 Global real estate consultancy agency Knight Frank have released a research publication examining the performance of the private rented sector in the UK during 2013. The paper, released earlier this year, displays the findings from the new private rented sector index which monitored the performance of rental units in London, Birmingham, Manchester, Glasgow, Bristol and Leeds over 2013. Rental blocks in each of the cities were divided into three categories: prime, median and economic, based on factors such as location and value.

Over the last 14 years, the private rented sector has more than doubled: it has increased by 134% between 1991 and 2011. Over a sixth of the UK population currently live in privately rented accommodation, and the number of households choosing to rent private accommodation is predicted to rise from 3.9 million (recorded in 2010) to 5.3 million by the end of 2018.

Knight Frank’s first finding was that the average capital growth for residential rented blocks was 6.6% during 2013, and that the UK’s rental growth average was 2.9% across markets covered by the index, varying from London’s 0.4% rise to Manchester’s average increase of 5.27%.

Secondly, Knight Frank found that the capital value of residential blocks monitored in the index rose by an average 6.4%, creating an average initial gross yield for the private rented sector of 6.6%. Knight Frank explain that this is down to the general rise in capital values and the decline in discount for when whole blocks are purchased instead of units. In 2012, discount for purchase of a rental block was around 30% of the full capital value, today this figure is within the regions of 7% - 16% due to increased activity in the sector. If we factor discount into the capital growth of rental blocks, then the figure rises to 13.8%.

Finally, the index showed that the total return on investment for the private rented sector blocks monitored was 11.3% in 2013.

In the research publication James Mannix, Head of Residential Capital Markets at Knight Frank, explains that for successful investment in the sector you must think about a building from the consumer’s point of view. Research has shown that if rent accounts for around a third of a tenant’s gross income, then the largest pool of demand is for individuals paying £1,000 a month in rent, or lower. It is often tempting for residential property owners to rent their houses or flats at a rate that is most profitable for them; however, a true profitable model should take into account the financial restraints of the consumer, ideally pitching to the price range where the majority of demand lies.

Mannix says that marketing a residential block as “affordable luxury” including communal leisure areas such as a gym can maximise attraction and allow you to increase your prices. If consumers see that the residential block is of a high standard, well maintained and managed then they will have justification of a higher price bracket - This is the case in Cardiff Bay for instance with luxury developments such as Century Wharf and Prospect Place.

Mannix concluded the report by saying:

“There are significant opportunities for investors and developers in the private rented sector. The market is at a juncture where large injections of investment will mean a new level of stock in the market, creating a more vibrant investment market as well as higher quality accommodation for tenants”.

CPS Homes works with many landlords across Cardiff, helping market properties to suitable tenants and managing properties during tenancies. If you’re a landlord and would like to find out how CPS Homes can help you, please don’t hesitate to contact us or drop by one of our Cardiff offices