Where to? Best places in Cardiff for first time buyers 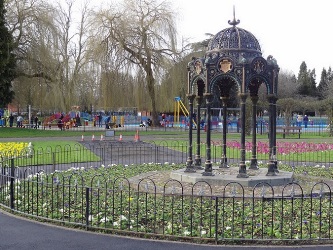 If you’re ready to get your foot on the property ladder but aren't sure where to lay down your roots, here’s CPS Homes’ guide to the ‘up-and-coming’ areas that are popular with first-time buyers in Cardiff.

The area features dentists and two doctors’ surgeries, as well as a private hospital.

The Pontprennau Community Education Centre provides, amongst other facilities, a regular children’s playgroup. There’s also a broad choice of schools, with English and Welsh-speaking options for both primary and secondary schools.

Supermarkets Asda, Lidl and Waitrose cater to Pontprennau, and there are a number of family pubs and restaurants such as the Village Inn & Harvesters.

Next door to the city centre, it benefits from close links and frequent buses.

Victoria Park remains a local favourite, particularly in the summer months. It’s even been used in the filming of recent Doctor Who episodes.

Did you know? Canton was formally known for its medieval market dating back to 1250

Closest train station is 1 mile away on Queen St.

Splott Road, whilst a modest street in itself, is the hub of Splott, with everything a community needs including a library and leisure centre central to it. The refurbishment of the Star Centre and library mean residents enjoy a particularly high standard of facilities. Whilst you won't find any fashion stores along the main shopping street, there are plenty of cafes, convenience stores, a great Portuguese deli, vegetarian restaurant and florist, allowing for easy living in the area. Lest we forget the dentist, doctors surgery and post office.

As Cardiff Bay boasts its own train station and frequent links to Cardiff Central, it makes for an easy commute.

The A4232 link road makes for easy access to the M4 via the Bute tunnels.

The Bay Circle bus route links most of the major areas including the city centre with frequent services.

The attractiveness of former ‘Tiger Bay’ increases year upon year, with new facilities for its residents always popping up. Mermaid Quay houses all manner of eateries, bars, shops and a comedy club, remaining ever-humbled by the attractive Welsh Millennium Centre as its neighbour. With a reputation that precedes it, the WMC flies the flag for Welsh theatre production at its finest, whilst also attracting West End musical tours.