Getting to know the real Jamie Roberts? | CPS Homes

Getting to know the real Jamie Roberts? We interview the Lions rugby star. 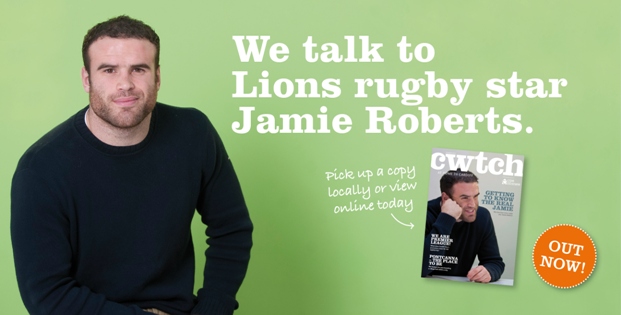 It’s been a hectic few months for Wales and Cardiff Blues centre, Jamie Roberts. After his Six Nations Championship success, the 26-year-old swapped his 53rd Wales cap for a cap and gown, graduating from Cardiff University with a degree in Medicine. We pinned Jamie down for a chat shortly before his departure on the Lions tour to ask him how he managed to knuckle down on the pitch and in his studies, and find out more about his decision to swap Pontcanna for Paris.

How has life been since beating England to win the Six Nations? We bet you’ve been treated like a king!

It's been pretty good. I can’t imagine how I would have felt if we’d lost. However, people are very happy that we won and they like to remind you!

Having been selected for this summer’s British and Irish Lions tour to Australia, how confident are you of avenging the 2001 team’s defeat Down Under?

I’m quite confident, yes. It's going to be an incredible series. Australia pride themselves on their sport, so they’ll be extremely tough opponents. However, we have a lot of very talented players and the quality in our squad is immense. Throw in an outstanding group of coaches and you have a recipe for something special.

Congratulations on recently becoming a doctor. How difficult was it to combine your studies with the rigours of professional rugby?

It’s been pretty tough, I'll be honest. I studied my last two years part-time over four years, and with a bit of time management and help from both the club and university, it was do-able. The Six Nations was obviously a very difficult time, especially mentally, but I pulled through and achieved both my main goals I set myself this season.

Have you decided which area of medicine you’d like to specialise in eventually?

I quite like cardiology, neurology and orthopaedics as specialities, but I don’t think you get a true feel for what you like until you start working proper.

You’re due to leave sunny Cardiff (!) this summer and begin a new chapter in your career in Paris with Racing Metro. How is your French coming along?

Terribly! I haven’t had the time to start learning yet.

What will you miss about Cardiff when you leave?

More than anything, I'll miss my close friends and family. However, they're only an hour-long flight away, so popping home for a day won’t be a big issue.

Is there anywhere in Cardiff you feel especially ‘at home’?

Yes – both at my parents’ home in Thornhill and in the suburb of Pontcanna where I currently live.

We think we once rented a property to you and three others on Richmond Road. What are your memories of your time living there?

This is true! University was a great experience for me. I lived with some very good mates of mine and enjoyed every second of it because I took every opportunity that came my way. The house wasn't too bad either! 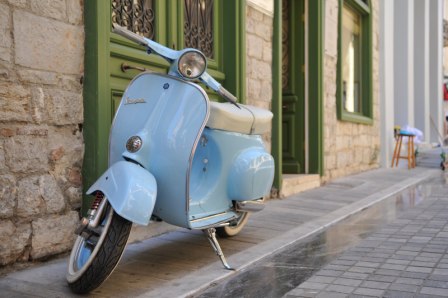 You recently bought yourself a Vespa. How have people reacted to seeing you whizzing through Cardiff’s streets on it?

I love the Vespa! I bought it ready for Paris as it’ll help me skip all the traffic. It's like riding a bike but with no effort, so I'm happy with it.

How do you relax after playing or training?

I enjoy just lazing around and hanging out with close mates, to be honest. I like to eat out and have a few beers after a match at the weekend.

We’ve heard that you like to spend time in London because you don't get recognised as much there. How do you deal with constantly being in the spotlight in Wales?

It's part of the job. We’re in the entertainment industry, so having photos and signing autographs for the public comes hand-in-hand with it. I do enjoy going out in London though. I feel more relaxed there and don't get recognised as much.

Tell us something very few people know about you.

I am self-taught at guitar.

Tell us a Cardiff secret.

Mill Lane used to be a canal back in the day!

Thanks Jamie for taking the time to chat. We wish you the best of luck – hwyl am nawr!