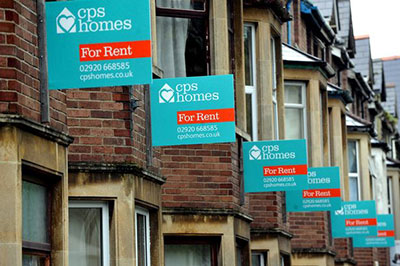 Recent data from the Association of Residential Lettings Agents (ARLA) highlights the fact that demand for rental properties across the UK increased to the highest level on record during the first month of 2020. January saw a record-high 88 prospective tenants registered per lettings agency branch compared to 56 the previous month.

The data from ARLA shows that letting agents have experienced a steep 57% increase in the number of prospective tenants registered during January 2020 when compared to December 2019.

When these figures are compared year-on-year it means demand for rental properties has increased by over a fifth from 73 per branch in January 2019 to 88 in January 2020.

Rise in prospective tenants, but drop in supply of rental properties

Despite this rise in the number of prospective tenants seeking new rental accommodation, the average number of properties being managed by letting agents actually dropped from 206 in December to 191 in January. ARLA have warned that the supply of rental properties as not been this low since July last year when the figure stood at 184 per branch.

ARLA say that the number of tenants who were hit with increasing rent demands rose during January of this year, with 42% of letting agents stating that they’d witnessed landlords increasing them, compared to 32% in December of last year.

David Cox, Chief Executive at ARLA Propertymark, says that the figures show how difficult things are at present for renters in the UK, as demand has increased by more than half while the supply of rental properties continues to drop. Because of this, it’s no surprise that rental costs are being pushed up.

Cox claims that the ARLA research indicates that tenants may miss out on almost half a million properties due to the shortage of landlords making properties available as the long-term rental accommodation that a vast number of prospective tenants are looking for.

Cox is urging the government to address the situation and make changes so that the private rented sector becomes more attractive to landlords again, rather than introducing complex legislation which ultimately squeezes the sector and leaves tenants in a worse position. The strong demand for rental property is clearly there, so its important the supply begins to increase to help narrow that gap as soon as possible.

Are you thinking of becoming a landlord, or do you already have rental properties in Cardiff that you’d like to find suitable tenants for? If so, don’t hesitate to contact our expert lettings team here at CPS Homes. With branches across Cardiff we couldn’t be better situated or clued up on all areas of the city, so contact us to discuss your needs on 02920 668585, e-mail enquiries@cpshomes.co.uk or pop in branch and speak to us.