Annual house price growth off the back of uncertainty 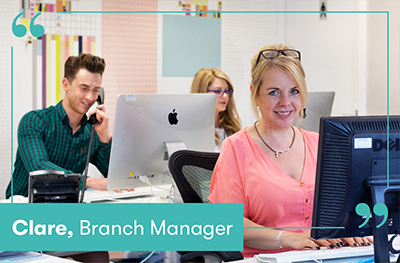 Recent house price indexes have provided further evidence that point towards a positive upturn in the UK property market as they reveal strong growth in recorded house prices at the end of 2019.

According to Land Registry figures, house prices across the UK increased annually by 2.2% in November, resulting in the average house price rising to £235,298.

House prices increased by 0.4% between October and November last year, with Wales in particular enjoying record annual growth which was said to have been driven by the sales of more expensive properties in the busy and populous areas of Cardiff and Newport.

Continuing the price rise theme, popular high-street lenders Halifax have also recently revealed a 4% annual price rise in its index for December 2019. Property experts are largely attributing this to greater certainty among property buyers in the UK that relates to important issues surrounding Brexit and the economy following last year’s general election.

This growth comes on the back of a growing indifference to Brexit which had been manifesting amongst much of the general public back in November 2019.

It could be a case of many people becoming fed up with the uncertainty of Brexit and politics in general ruling their lives and instead choosing to simply get on with things. Industry experts are aware that there will naturally be a number of caveats that surrounds the November data in light of the general election result, but on the whole the property market put in a strong performance in what was a highly uncertain environment in all corners of the UK.

London remains a market of its own for much of the time, with patterns often found to be wildly out of tune with a lot of the country - such as the 0.5% drop recorded in the Land Registry’s figures between October and November last year. However, when exploring annual figures, there was in fact a slight overall rise of 0.2% in property prices within London, taking the average property price in the English capital to a whopping £475,458.

Here in Wales, prices rocketed up by 7.8% over the course of the year. The East and West Midlands also experienced a rise of 1.1% and 1.7% respectively, although other areas of England were less fortunate with monthly house price drops recorded in the East of England, the South West and Yorkshire and the Humber.

Miles Robinson, head of mortgages at Trussle, believes the latest figures bring positive news for both buyers and sellers, particularly due to the fact that they have come following a period of uncertainty. Robinson says anyone who had decided to hold off from buying or selling a property may now finally be putting their property plans into action. With low interest rates, competitive mortgage deals and an increasing demand from buyers, the conditions are there for the housing market to prosper.

Looking to buy or sell a property in Cardiff? If so, contact our team of property experts today here at CPS Homes to learn more about how we can help. Call us on 02920 668585, e-mail enquiries@cpshomes.co.uk or pop into one of our three Cardiff branches.

Why should you use a letting agent?

Why should you use a letting agent?