Cardiff most affordable city for students in 2019 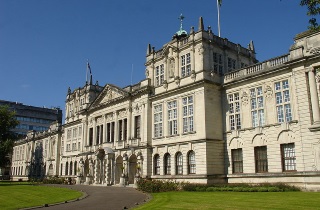 Though Cardiff may be small in size compared to many other European capitals, it has fast become internationally recognised as a fantastic location for studying with students arriving from all over the world to attend the several universities on offer.

The Index also discovered that students living in the more affordable cities are also typically earning the highest monthly income, as students in Bristol earn an average of £1387.20 per month, followed by Manchester (£1373.90) and then here in Cardiff (£1321.80). Students in Belfast were found to pay the lowest rent on average (£325.90 per month) followed by Dundee (£374.10). Students in Cardiff pay an average monthly rent only a little higher at £378.40, still well below the national average of £486.00.

Many cities in the UK saw student rents rise over the course of the year, with South East England recording rental increases between 5-15%. Rents in London are the highest at £700 per average, as expected, which is 44% higher than the national average. Brighton (£569.70), Oxford (£545.40) and Cambridge (£534.50) follow London with the next highest average rental prices. The statistic that may worry some London students is that average monthly income was found to have fallen by £400 in the past year, while students in Aberystwyth report the lowest average monthly income at £849.50, which is 24% below the national average.

According to the report, budgeting finances efficiently is something that the majority of students take seriously, with 95% of those questioned saying that they do consider their budget and how they can best get the most from their money. Almost a quarter (22%) of respondents say they budget carefully and consistently monitor their spending, and only 6% admitted that they hadn't yet began monitoring their budget or spending at all. Worryingly, 43% of students surveyed said they had experienced running out of funds before the end of their semester, with 32% of those dipping into an overdraft facility to cover the shortfall.

Bruno Genovese, Head of Student Accounts at NatWest said that 60% of students don’t receive the support required when managing finances, with a quarter of all students in the UK saying they find it difficult and stressful managing their finances. He says the aim of the Student Living Index is to help students better understand how they can stay on top of their finances during their studies and allow students to see how they may be able to align their budget better based on the city within which they are studying.

Here at CPS Homes our friendly team are experts on student living within Cardiff, so whether you need advice on the best areas to live or would like to find affordable student accommodation, don’t hesitate to get in touch with us - you may also find our Student Guide rather helpful. Call us on 02920 668585, e-mail enquiries@cpshomes.co.uk or pop into one of our three Cardiff branches.