Is the PBSA bubble bursting already? 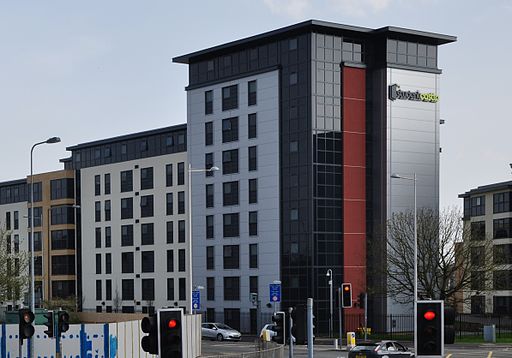 Back in September 2017, we speculated whether the purpose-built student accommodation (PBSA) market in Cardiff was at saturation point. We concluded that it probably was.

In the two years since then, Cardiff Council has granted planning permission for several hundred more PBSA rooms, so our answer is now an emphatic "yes, it's beyond saturation point and absolutely sopping wet".

With the new academic year just two months away, we're aware of several PBSA buildings that aren’t yet at 50% occupancy, let alone 100%.

The Neighbourhood – a development of 240 rooms on the corner of City Road and The Parade – has more than 170 rooms to fill, while The West Wing – 644 rooms opposite The Royal Infirmary and set to open its doors in September – has more than 500 rooms left.

These two developments alone will need to find more than 670 students to reach maximum occupancy. When you throw in the plethora of other buildings that are also struggling for tenants, it’s extremely difficult to imagine a scenario where all will end up full. After all, surely only a handful of students have left it to this late stage to source next year's accommodation?

We predict more than half will fail to reach 100% occupancy.

As each development casts its rod into the one tenant pool, Bridge Street Exchange – 477 rooms located just off Churchill Way – is offering cut-price deals in a bid to fill their development, including dual occupancy for the same price as single occupancy.

It's a move we foresee others will have to follow very quickly.

On average, the cost of a room in a PBSA development is £660 per month (including bills). When you consider the average cost of a room in a traditional house-share in Cathays is £320 per month (without bills), it means purpose-built rooms are nearly double the cost. Yes, they may offer an en-suite bathroom and some fancy finishes, but their locations are typically a significant walk from campus and, more importantly, there are very few students who are able to fork out £660 per month; certainly not as many as there are PBSA rooms.

A cheeky way out?

Desperate times call for desperate measures, so several PBSA developments have applied for change of use to house non-students.

The aforementioned West Wing has applied for permission to advertise more than 400 of its empty 500 rooms as non-student accommodation, while Park Lane Student Living – 34 flats near Cathays Park – was allowed to become serviced apartments for tourists recently.

Critics see this as a back door route to be able to rent to non-students and, in the process, avoid affordable housing contributions. The even more cynical suggest it was in developers’ plans all along, so it was interesting to note Cardiff Council's rejection of a recent change of use application – albeit for some ironic reasons.

A developer who was given planning permission to build an eight-storey, 146-room student block on City Road back in 2017 applied to house non-students instead. It was rejected because they proposed no contributions to affordable housing or community facilities, which was a pleasing stance, but also because it would provide a poor standard of accommodation. So it was good enough for students, but it's not good enough for professionals...?

Following the rejection, the developer said it may no longer proceed with its plans, citing "the over-provision of especially built private student accommodation in the city, and in the pipeline"...