What affect will Brexit have on house prices? 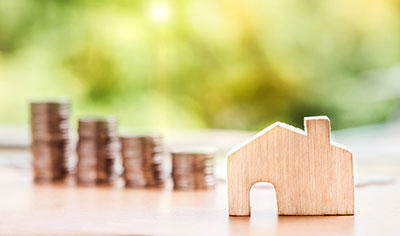 With Brexit looming large and negotiations still in progress, many property experts are discussing how it will affect property prices across the housing market. Whether you’re in the remain or leave camp, there can be no denying that the uncertainty surrounding when the UK will leave the EU, and the terms under which it may happen, is causing all sorts of property market jitters.

When will Brexit happen?

Theresa May triggered article 50 on March 29th 2017, and that initially meant the UK was scheduled to leave the EU at 11pm UK time on Friday, March 29th 2019, but that has since been superseded by an extension that takes the deadline to Friday, April 12th 2019.

Has the property market already been affected?

Brexit negotiations are still in progress; therefore it’s not yet known what sort of deal the UK government will be able to strike up. Until the facts surrounding the deal are known, it’s difficult to predict what sort of affect it will cast upon properties within the UK.

Following the Brexit referendum back in June 2016, house prices quickly stagnated. It’s difficult to gauge just how much this was down to the Brexit announcement due to the fact usual house price patterns typically grow throughout spring before plateauing in the summer, and this was the status quo as the pattern also repeated itself a year later in 2017.

However, last summer house prices suffered a bigger dip than usual. Some good news showed that this did begin to recover following the summer, as the latest ONS House Price Index shows that UK house prices raised to an average of £230,776 by December.

Will Brexit affect house prices in the future?

Mark Carney, governor of the Bank of England, recently warned the cabinet that the impact of a no-deal Brexit could have catastrophic consequences that match that of the financial crisis that hit the UK economy a little over a decade ago. Statistics are often scaremongering, with some predicting that prices may fall as much as 25-30%.

Changes to house prices are very much dependent on where you live, with rises and falls acting simultaneously in different parts of the country. Desirable areas in major cities or along coastal towns are always more likely to bounce back at the same speed at which they dropped, as we have experienced following previous recessions.

What about buying and selling with Brexit on the horizon?

With mortgage prices near historic lows, now is a fantastic time for first-time buyers. Borrowing money is still affordable, and fixed-rate mortgages allow buyers some peace of mind as if rates were to quickly increase following Brexit they wouldn’t be affected - though it’s important to bear in mind the position you expect to be in when that fixed term does eventually come to an end.

Second steppers looking to move up the property ladder are also in a strong position due to the current low property prices and affordable mortgage deals on offer.

As far as selling is concerned, the important thing to ensure is that your property is realistically priced. Selling for less that you’d hoped for may seem like a bad thing on the face of it, but you must remember that the property you’re looking to buy is also likely to be much cheaper than it may have been at other times. This means you may find your budget stretching a lot further.

If you’d like advice on buying or selling, then get in touch with our knowledgeable sales team here at CPS Homes in Cardiff. We have three branches across the city, so feel free to pop in. Alternatively, call us on 02920 668585, or e-mail enquiries@cpshomes.co.uk.