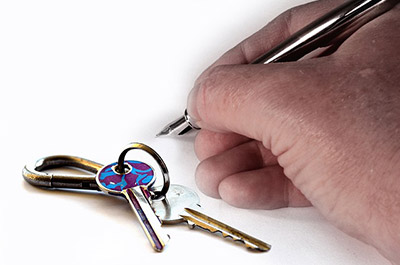 The rental market received its annual boost back in September when the academic year got underway, but the past few years has also seen a boost from an unlikely source as an increasing number of people in later life appear to be keen on the flexibility renting can offer.

'Generation Rent' consist of people - mainly the under-40s - who have often taken aim at the 'Baby Boomers', complaining that they have bought up all the homes while raising property prices along the way, leaving them in a position whereby they cannot afford to purchase their own.

The older generation are joining the rental race

Figures from The Centre for Ageing Better (CfAB) show that it's not just the under-40s who will be competing for rental properties as there is a growing interest in renting among the over-60s.

CfAB have also reported that the number of older homeowners looking to sell so that they can rent in retirement is also on the rise. The majority of these are downsizing to a smaller property such as a flat, small house or bungalow as they find them much easier to manage and maintain.

Many of these older people are parents and grandparents who are looking to access their assets to help their young family onto the property ladder, while others have spent many years living some distance away from their family and are wanting to move closer now that they find they have more time on their hands.

For some, it's simply a desire to move to an affluent area in their older age that's driving them to sell up and rent. For example, many people outside the city know that the cost of living within a growing city like Cardiff makes it difficult for them to sell up and buy somewhere in a desirable area. Therefore, the obvious answer is to use the money to rent somewhere instead that provides them with everything they want in later life, such as good restaurants, theatres or leafy parks.

CfAB say that the renting model provides a level of freedom, allowing people to live in areas that are often unaffordable for most people to buy in. Furthermore, the responsibility for major issues will no longer be something they need to take care of and will instead be the responsibility of the landlord. These things all aid towards providing less stress and a more relaxing way of life.

The figures show that the 55 to 64 age group is currently seeing the biggest growth in the UK when it comes to renting, and CfAB are now calling for longer leases to become more readily available for renters, such as those offered in countries like Germany, Belgium and Switzerland. They say purpose-built build-to-rent properties would help fill this gap, and this is something the UK are targeting with almost 131,855 build-to-rent homes currently in the pipeline.

Here at CPS Homes, we're proud to be Cardiff's largest lettings and estate agent. Our team have the knowledge and expertise to help you sell your home and/or find the perfect property to rent in Cardiff. So, what are you waiting for? Contact us today by calling 02920 668585, e-mailing enquiries@cpshomes.co.uk, or by popping into one of our three Cardiff branches.