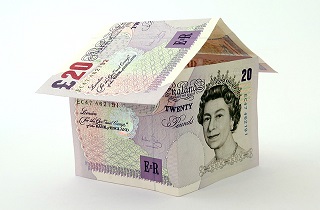 According to Rightmove, the property market is showing plenty of positive signs following a lengthy period of decline, as asking prices have bounced back and activity is on the rise among homebuyers.

Figures show that the average asking house price rose by 0.7% between August and September, which was a welcome increase compared to the decline of 2.3% the previous month.

Annual growth was slightly higher at 1.2% compared to 1.1% in August, but this figure varies greatly across the UK.

Miles Shipside, director of Rightmove, says that buyers are now steadily returning to the market with more optimism following a couple of years of house price falls in many areas.

He claims that the recovery is encouraging in the upper end of asking prices, but the drawn-out process of price reductions has yet to fully run its course in some areas, such as parts of outer London and the commuter belt. He goes on to say that more home sellers and estate agents will need to reconsider their expectations so that they are more in line with what buyers are willing to pay, as it seems evident that the buyers are certainly available if the price is right.

Some estate agents say they have experienced a 15% increase in sales enquiries in comparison to last year, and a 10% increase in actual agreed sales. Buyers believe that now is a good time to buy due to the number of sellers rising, and many believe that this pent up demand will result in price increases as the pendulum swings from being a buyer's market to a seller's market.

Increase in number of properties on the market

Autumn typically marks an increase in activity for the property market, and 16% more properties were recorded on the market during the first week of September compared to the average of the final three weeks of summer.

The data from Rightmove indicates a modest increase in asking prices, and the general advice from many estate agents asking vendors to price their home realistically in order to secure a buyer appears to have been heeded, with only the slight increase on an annualised basis.

This is considered reasonable against the context of the ongoing low levels of homes available for purchase, especially in areas of high confidence such as here in Wales.

Are you looking to sell your property in Cardiff? If so, CPS Homes are proud to be Cardiff's largest sales and lettings agent. Our friendly and knowledgable team have the expertise to ensure your property is in the best position possible to attract a buyer. Get in touch with us today by calling 02920 668585, e-mailing enquiries@cpshomes.co.uk or by calling into one of our three Cardiff branches.