Down valuations cause problems for UK sales | CPS Homes

Rise in 'down valuations' cause problems for many UK sales 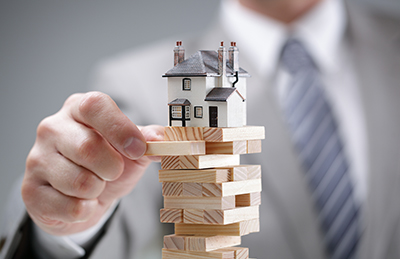 Some of the largest mortgage advisors in the UK have experienced a “significant” rise in the number of homes being valued at a lower figure than what homebuyers have agreed to pay, and this is resulting in many buyers having to pay thousands of pounds extra in order to complete the purchase of the property.

UK Finance say that lenders are right to ensure property values are realistic and that they benefit from an independent valuation, but some estate agents have claimed that it's simply a reflection of surveyors predicting a financial crash with one in five sales experiencing a “down valuation”. Just two years ago, down valuation figures were at less than one in twenty.

“Down valuations” at highest rate since 2008

Ten mortgage advisor groups have revealed that this is the highest rate since the financial crash in 2008, and believe this is a case of mortgage providers covering their back incase the financial market was to take a turn for the worse.

According to the Royal Institution of Chartered Surveyors (Rics), comparable market evidence is used to dictate the market value of properties, and this includes a minimum of three sales transactions of similar properties located within the same area, as well as the professional knowledge of the local market including current supply and demand dynamics. They say that this means the market value, or valuation, as stated by the lender, may not match the asking price of a property that has been set by the home seller or estate agent.

Recently, a couple from South Wales experienced two down valuations while trying to find their perfect first home together. They explained how they had gone through almost the entire home buying process before experiencing a mismatch between the agreed purchase price and the value the lenders believed the property to be worth.

In this instance, the down valuation was worth £10,000, and as the seller was not willing to drop the price the couple had to pull out from buying. The second instance saw the couple feel forced into stumping up an extra £5,000 with the help of family members in order to ensure they didn't lose yet another property.

Many remortgaging are also facing down valuations

It's not just homebuyers that are suffering from the rise in down valuations, as people who are improving their property and then looking to remortgage are also facing similar issues.

Some have reportedly purchased a property, spent a moderate sum making home improvements over a number of years, then faced problems when attempting to remortgage as valuations were returning far lower than local estate agents had valued the property at. This has resulted in homeowners either paying extra every month on their mortgage as interest rates end up being higher, or means they have to spend hundreds of pounds in fees by finding another lender who values the property at a higher figure.

Many of these valuations are carried out by what is being termed as “drive by” valuations, whereby the property isn't even visited in person.

UK Finance say that lenders have a responsibility to ensure that the value of a property is current and realistic, and helps buyers be sure that they are not paying over the odds for the property they are purchasing.

If you're looking to buy or sell a property in Cardiff, then we have the expertise to help. Here at CPS Homes, we're Cardiff's largest estate agent and our team of professionals can ensure that the entire process runs as smooth as possible from start to finish. Contact us today by calling 02920 668585, e-mailing enquiries@cpshomes.co.uk or by popping into one of our three Cardiff branches.