Landlords in the UK have tenants' best interests at heart 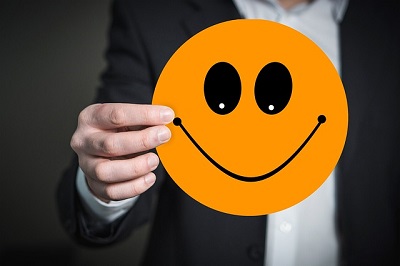 Research carried out by Simple Landlords Insurance shows that despite the private rental sector facing a growing number of challenges, landlords in the UK care about their tenants and are willing to support them to help build positive relationships.

The private rental industry in Britain has recently come up against some challenging regulatory pressures such as stricter lending requirements, reduced tax relief, the rollout of Universal Credit, and revised regulations for houses of multiple occupancy (HMO’s). Despite this, the research reveals positive news, as it appears many British landlords do have their tenant’s best interests at heart.

Many landlords would support vulnerable tenants

The survey shows that 43% of landlords would support vulnerable tenants, which includes those who receive housing allowance, if they failed to report damage to the property. Only 27% of those landlords surveyed claimed that they would be likely to serve notice on the tenants.

The rollout of Universal Credit appears to have had little impact on investment from landlords, with just 16% saying that it has influenced a change in their strategy, which indicates that many landlords who do accept tenants receiving benefits will continue doing so.

Most landlords are also prepared to work with Universal Credit tenants who fall into arrears according to figures from the Residential Landlords Association, with almost two thirds of landlords successfully putting in place an APA (Alternative Payment Arrangement) for their tenants when things have taken a turn for the worse.

Alex Huntley, head of operations at Simple Landlords Insurance, claims that there is no doubt that Universal Credit is putting tenants and landlords alike under pressure, but also finds it refreshing to see so many landlords prepared to actively support their tenants if they find themselves getting into financial difficulties.

She goes on to say that the press reveals a lot of information and stories relating to rogue landlords, but this research reveals a more humanitarian view. Landlords are running businesses, not charities, and they cannot run at a loss.

New legislation that has been introduced to the private rental sector is making it more difficult for landlords to view tenants on benefits as a valid and safe strategy, and despite landlords’ good intentions, professionals in the industry are worried about where this could potentially leave some of the UKs most vulnerable tenants.

Other findings included more than 70% of landlords supported licensing by their local authority, which effectively protects the rights of their tenants. This is despite those same landlords also feeling under attack by the UK Government.

Following the tragedy of the Grenfell fire in London, landlords have increased their fire safety checks with 40% checking fire alarms, and around 25% installing carbon monoxide alarms, carrying out fire assessments and checking the construction materials of the property.

To complete the positive findings from the research, one in four landlords stated that they will also buy their tenants a Christmas present and view it as part of building a positive relationship with them. Alex Huntley says it’s time to ditch the image of the heartless landlord, as most landlords do care about their tenants and in most situations, that makes the best business sense.

If you’re a landlord in Cardiff looking to make the best of your property portfolio, no matter how little or large, then get in touch with our experienced lettings team here at CPS Homes. We can help you find the perfect tenants, as well as offer our professional letting services. You can contact us on 02920 668585, or pop into one of our three Cardiff branches located in Roath, Cathays and Cardiff Bay.