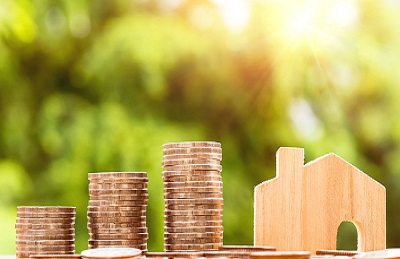 In 2017, the Welsh Government published a consultation asking for views on proposals to change the way tenants in the private rental sector are charged fees by letting agents, landlords and third parties. The consultation came about following concerns raised by former Cabinet Secretary for Communities, Carl Sargent.

The Welsh Government has now posted the results of the consultation and revealed that more than half of those who responded to the consultation, of which a significant portion were landlords, were in agreement that unnecessary fees charged to tenants should be banned.

Reporting the findings of the consultation, the Welsh Government said that currently there is a broad range in the level of fees charged to tenants by letting agents or private landlords. These fees ranged from between £50 to £1,700 just for signing up for a tenancy agreement.

The consultation findings show that 56% of all respondents agreed that an outright ban on unnecessary fees was needed. In addition, it was discovered that when fees are charged, tenants say that they are charged on average £249.47 to start a tenancy, £108 to renew one, and £142 to end a tenancy. What’s more, the findings show that 62% of tenants feel that the fees have affected their decision to move into rented accommodation, while 86% of tenants said the fees affected their decision on whether to use a letting agent. Finally, the consultation found that a staggering 61% of landlords did not know what fees their tenants are charged by their letting agent.

Government to work with letting agents, landlords and tenants

Speaking about the consultation results, Rebecca Evans, Housing and Regeneration Minister, Welsh Government, said that the number of respondents to the consultation was extremely high, and that this reflects the strength of feeling on this issue. She continued to say that current fees charged to tenants are eye-watering and are affecting their ability to move into or within the private rental market.

Mrs Evans added that she is keen to work closely with letting agents, landlords, and tenants to ensure the costs are brought down and are reasonable. She also expressed her intention to work closely with private landlords and agents to improve and modernise the industry. She continued to say that private rental accommodation is a growing part of the Welsh housing sector, and that she wants this sector to be a secure and attractive option for those not looking to buy a property. She plans to introduce a Bill banning fees in the private rental sector to the Assembly later this year, and this consultation has reinforced the evidence already gathered.

Are you looking to rent a property in Cardiff? If so, we can help. As Cardiff’s largest letting agent, we have the experience and knowledge to help you find a property you love. To find out more, get in touch today on 02920 668585, email enquiries@cpshomes.co.uk, or pop into our Woodville Road office in the heart of Cathays.