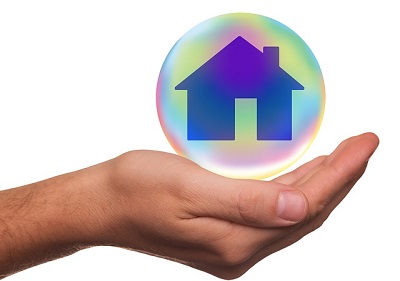 A report from the Resolution Foundation has revealed that the total value of inheritances in the UK is set to double within the next 20 years. Inheritances will peak in 2035, which will come as good news for the Millennial generation as they are the ones who will benefit as the baby boomers move into old age. Many of those currently in their twenties and thirties will be able to enjoy the largest and most wide-reaching inheritance windfall of any post-war generation, with as many as two-thirds set to inherit property from their parents.

In contrast, most people born into the baby boomer generation had parents that tended to live in rented or social accommodation, so property inheritance was typically passed down to just 38%.

Millennials will have to wait until they near retirement

The majority of the baby boomer generation are homeowners, with the figure currently standing at 75%, meaning it’s clear that their Millennial offspring are in line to receive a share of their parental home - but not until they themselves near retirement age. This is because we are living longer, and the average age at which most people lose their parents is getting later. Those aged 25-35 are expected to reach an average age of 61 before receiving any inheritance, according to official data from the Resolution Foundation.

Assets will be mostly passed down as inheritance

The report goes on to say that due to the challenges involved with releasing wealth from properties that are being lived in, it can be reasonable to expect that the assets will mainly be passed down to the next generation as inheritances, rather than as gifts.

This means that positive news for Millennials will also come with a gentle reality check, as the wealth boosts many are set to receive will not come during the years when it may be most useful. For most, the child-rearing years, when a larger home is typically more necessary, won’t be the time that the benefits can be capitalised upon. Instead, those who are in line for property inheritance will likely have to wait for the wealth boosts until they are approaching retirement age.

Statistics are against Millennials who are not homeowners

Industry insiders claim that growing absolute wealth gaps will surely make it more difficult for people to earn their way towards being financially wealthy, as opposed to achieving it based on what their parents owned.

Are you a homebuyer looking to purchase your dream home in Cardiff? If so, our knowledgeable team here at CPS Homes Lettings and Estate Agents are on hand to make those dreams come true. Contact us today by calling 02920 668585, e-mailing us at enquiries@cpshomes.co.uk or popping in to chat with us face-to-face in one of our three Cardiff based branches in Roath, Cathays and Cardiff Bay.