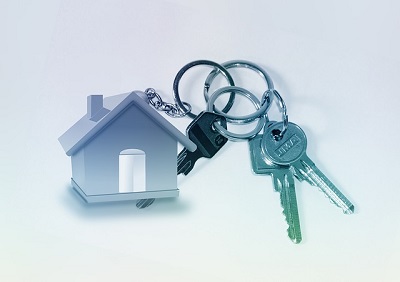 Recently, there have been growing calls in the UK for rent payments to be added to a tenant’s credit score. PayProp, an automated rental payment provider, believes that adding rental payments to the credit score of tenants as a mandatory requirement would go a long way towards encouraging the next generation of home buyers.

As things stand, credit rating agencies do not routinely include the rental payment history of a prospective tenant while calculating their credit score. This often results in many tenants finding difficulty when trying to obtain a mortgage with a lender, despite having a long history of rent payments being paid in full and on time.

Neil Cobbold, chief operating officer of PayProp in the UK says many tenants have been successfully paying their rent on time for years, even decades, and the fact that these rental payments do not carry the same weight as a mortgage payment is difficult to believe. He went on to say that due to the rapid growth in the private rental sector over the last few years, more and more tenants are faced with paying higher rents. Therefore, taking cognisance of these rent payments makes perfect sense, and will help the next generation take their first step onto the property ladder.

Petition has successfully taken the rent payment debate to parliament

Back in October 2017, some MPs took part in a debate over whether rent payments should be considered when private renters apply for a mortgage to purchase their own property. This debate took place at Westminster Hall, as a petition was raised on the issue by a construction worker named Jamie Pogson, and it attracted a total of 147,307 signatures. This is significantly more than the 100,000 needed to force a debate in parliament.

Following the debate, Lord John Bird, founder of the Big Issue, launched the Creditworthiness Assessment Bill. This Bill pledges to ensure that the history of rental payments made by tenants will count towards their credit rating.

By the end of November 2017, the Bill had passed its Second Reading in the House of Lords, and must now pass a Report Stage and the Third Reading before it has the chance to pass through the House of Commons.

Despite many obstacles remaining before it can receive Royal Assent, the Bill has attracted significant cross-party support and is thought likely among MPs to formally become law at some point later this year.

The campaign aiming to include rental payment history to credit score ratings was further bolstered by an announcement that was made during the Autumn Budget. It was stated that the government has set aside £2m to aid technology entrepreneurs who are working to develop an application that will make it possible for relevant data to be accurately recorded and processed.

The Rent Recognition Challenge will be funding the six best proposals so that they can be developed into workable products. Cobbold said that recording and counting rent payments towards credit scores is a modern phenomenon, and because of this, it needs a modern solution. Cobbold believes it’s a brilliant idea and one that illustrates just how keen the government are to embrace the PropTech revolution.

At CPS Homes lettings and estate agents we help prospective tenants and first-time buyers find their dream property in Cardiff on a daily basis, so we’re fully aware just how much of a positive impact this change to the credit rating system could have if it’s implemented. In the meantime, if you need help identifying a new home, don't hesitate to get in touch with us today. You can call us on 02920 668585, send an e-mail to enquiries@cpshomes.co.uk or pop into one of our three Cardiff based branches.