Figures released from McCarthy & Stone’s annual Retirement Confidence Index (RCI) has revealed that Britain could be set to face a national downsizing boom, with almost half of all British pensioners claiming they would co 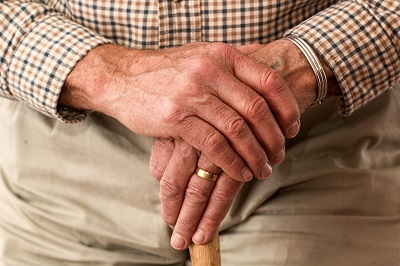 nsider selling their current home in order to purchase a smaller property. It is predicted that a downsizing boom would have both a positive and negative impact on the country.

The RCI surveyed 3,000 adults in the UK aged 65 and over, and 38% said they would consider downsizing, while a further 10% claimed they would be encouraged to do so with a stamp duty exemption, which equals a 48% total, representative of 5.7 million pensioners across the UK.

Number of pensioners looking to downsize is only set to increase

With an ageing population, this figure is only set to increase rapidly. The population projection of those aged 65 and over show that the number of pensioners looking to downsize will double to 11.1 million within the next 20 years.

According to Clive Fenton, chief executive officer of McCarthy & Stone, an increase in pensioners downsizing would likely have both a positive and negative effect on the country. While a much-needed boost to the UK’s housing supply would be welcome, it would also expose the inadequate supply of suitable housing for the older generations.

At present, there are approximately 141,000 units of owner-occupied retirement housing built in the UK, which highlights the obvious need for a much greater supply. Mr Fenton explains that despite warning signs, the housing stock across the UK is woefully unprepared for the predicted demographic shift, which has in turn created a new ‘Generation Stuck’ dilemma. Many people of an older generation may have the desire to move, but they are being discouraged at present due to the lack of suitable housing, as well as the cost of moving.

The UK may struggle to cope with the demographic shift

With a predicted 11 million pensioners considering a move to a smaller home by 2036, it has been suggested that the Government will have to prioritise specialist retirement housing and other forms of accommodation for older people, otherwise the country will lack the necessary infrastructure and support services to cope with a demographic shift on such a large scale.

Dr Rachael Docking of the Centre for Ageing Better believes that moving home may be an option for some, but not a realistic viable option for all. She states that the focus needs to shift away from the size of the property, and should instead be aimed at the suitability aspects. This is highlighted by the fact that only 7% of homes within the UK currently have basic accessibility features. There is evidently a great need for appropriate and diverse housing options for older people within the area they would like to live, and across all tenures.

If you’re looking to buy or a sell a property in Cardiff, then our experienced team at CPS Homes estate and lettings agents are here to help you. Call us today on 02920 668585, e-mail enquiries@cpshomes.co.uk, or pop into one of our Cardiff branches based in Cathays, Roath and Cardiff Bay.