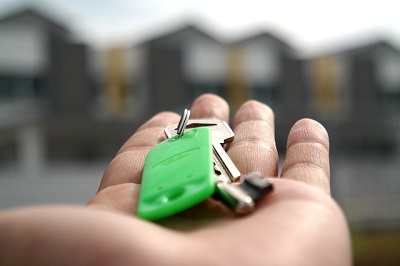 At CPS Homes estate agents, we are aware that buying a property can be a roller coaster ride for many people, with many different emotions being experienced throughout the buying process. There can be curiosity and excitement as you decide which type of property you would like to purchase and in which area of Cardiff you would like to live, before the joys and disappointments of viewing the properties you shortlist as some live up to expectations whereas others may not, and finally the added stress of pushing the property sale through while you worry about any potential hiccups that you may face along the way, especially if you’re selling a property at the same time too!

In this article, we’re going to discuss the potential pitfalls that you should be wary of when purchasing a new build property. We’re not saying that you should rule them out entirely, or that you should try to avoid them – we’re just pointing out a few things that you may not have considered or were unaware of, so that you can feel better prepared for what could potentially lay ahead if you were to purchase a new build home. After all, knowing that a property is completely brand new can be a very tempting proposition, especially when you have an opportunity to put your own stamp on it with a selection of fixtures and finishes. Despite this, it is still worth bearing in mind that new builds do not come without their potential pitfalls, no matter how shiny and perfect the show home appeared.

Your home is likely to be one of the most expensive things you ever buy, so it’s important to do your research and buy a new build property from a reputable developer with an excellent track record of building safe properties of excellent quality. If they have other sites that you can easily access, then pay them a visit and see if the properties are built to the quality that you would expect within your budget. Talk to the residents who are living on those developments to gain some feedback and opinions. Do not simply rely on one impressive show home, or the developer’s marketing and promotional team.

Making an offer below the asking price on an older property is common practice, but many buyers tend to simply agree to the developer’s asking price on a new build property without even attempting to negotiate. It’s worth comparing the new build property you are interested in with older properties located in the area, such as the value and space that is offered with each home, as well as their potential rental values. Then see if you can use these comparisons to negotiate a lower price with the developers. If you fail, then ask them about any additional extras that could be thrown in. For example, you may find that the developers will agree to pay your stamp duty.

Be prepared for delays

The developer will provide you with a completion date for the new build property, but as with any construction project, delays are a very real possibility, so it’s important that you prepare yourself for them. We would recommend that you ask the developer to agree a “long stop” completion date, which would mean that they are liable to pay compensation to you should the work not be completed by the agreed date.

Do not move into the property until it is complete. If you accept the keys, you may potentially find it difficult to have the work completed in a timely manner. Even if the outstanding jobs appear small, we would suggest that you do not move in until they are complete.

Look at the tenure

The UK Government recently announced that plans are being put in place to ban the sale of any new build homes under leasehold, but until the proposal passes its consultation period, it’s still possible to purchase a new build property as a leasehold. If you are currently purchasing a new build, be sure to enquire about the tenure, as you could find yourself purchasing a leasehold property without even realising or being informed about it. This would result in you needing to pay for the freehold should you want to obtain it, along with other potential charges, such as permission to make any alterations to your property.

Many listings on popular property websites are not clear as to the correct tenure of a property, according to the Homeowners Alliance Homes Held Hostage report. Details surrounding leaseholds can be confusing for buyers, and some developers and estate management companies may take advantage of this by charging expensive administration fees and ground rents.

With a new build, you are entitled to have any issues fixed, but it’s still a good idea to instruct a surveyor to conduct a professional snagging report before you move in, and preferably before you sign the completion documents, so that any immediate problems can be picked up and rectified by the developers straight away.

A snagging report can pick up minor problems such as leaky taps and bad finishes, to major problems like structural issues with the property.

Unfortunately, as things stand, developers can legally refuse a buyer requesting a survey. In this circumstance, a buyer would need to book the survey for just after they move in, though any problems raised from a snagging survey during the following two years would still have to be addressed by the developer.

The warranty that comes with a new build can be another source of confusion, as buyers often believe they cover certain things when in fact they do not.

Here at CPS Homes estate agents, we will work with you until you have found your dream home, so if you are looking to purchase a new-build property in Cardiff, get in touch with our team today. You can call us on 02920 668585, pop an email over to enquiries@cpshomes.co.uk, or come and see us in one of our branches based in Cathays, Roath and Cardiff Bay.