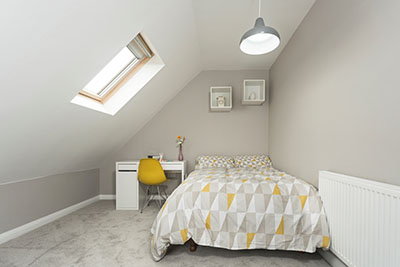 As we were first to report back in July last year, the introduction of Cardiff Council’s new HMO supplementary planning guidance meant the creation of new HMOs and the development of existing ones - particularly in Cathays and Roath - would be virtually impossible for landlords.

A year on and various appeals later, the Council have been forced to scale back their restrictions, which is fantastic news for prospective and current landlords alike.

First, a recap of the different planning classifications and what each one means;

Due to what they consider a disproportionately large number of HMOs in Cathays and Roath already - putting a big strain on resources in the areas - the Council’s aim was to restrict the creation of new HMOs and prevent landlords adding bedrooms to existing ones through extending or converting into loft spaces.

In practice, after a landlord’s appeal went beyond the Council’s jurisdiction and to the Welsh Government instead - proving to be successful - the Council are required to take this decision into account and grant C4 to HMO sui generis applications unless there’s an exceptional reason not to, meaning landlords are again permitted to add a seventh bedroom to an existing six-bedroom house, for example. The reason given for the appeal being successful? The extra bedroom(s) are not expected to impact on the resources in the area, seeing as the property is already being used a HMO for 3-6 tenants.

What remains to be seen is whether applications from C3 to C4 or HMO sui generis will be given the same green light, which would mean investors can resume purchasing existing family homes and let to 3+ sharers. You’d suspect it’ll be a "no" given the Council’s overall aim, but it would be fantastic news for landlords and owner-occupiers looking to sell if it’s a "yes".

A Cathays landlord currently has an appeal pending for change of use from C3 to C4, which we’re keeping a very keen eye on. Should it be granted, then it’s likely to set a precedent for future applications of the same nature. A decision is expected in the next month.

If you’d like to be first to hear about the outcome of this appeal, please e-mail rhys.owen@cpshomes.co.uk.