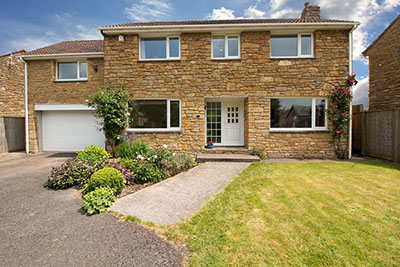 New lending rules coming into force this September will see landlords’ entire property portfolios scrutinised before being allowed to borrow what they need for their next buy-to-let investment.

Lenders will be required to look at the whole picture before making their decision on a single property mortgage application, meaning one or two non-profitable properties could affect a landlord’s ability to finance further buy-to-let investments.

Also being introduced in September is the new 'stress test' on buy-to-let mortgages, which forces lenders to check that a borrower would be able to afford repayments if interest rates were to hit 5.5%.

The measures are the latest in the Bank of England’s bid to put people off investing in the private rented sector and allow first-time buyers a better chance of getting on the property ladder, initially started by former chancellor George Osborne.

"The rules say the whole portfolio must be viable"

Speaking about the stricter lending rules, Ray Boulger, from broker John Charcol, said: "Let's say you have ten properties and eight are generating rental income in excess of mortgage payments and the other two are not, but the shortfall is covered by the other eight. Is that going to be acceptable? For some lenders it will be, for others it might not be. The rules say the whole portfolio must be viable."

Our advice to buy-to-let investors

It would be wise to review your current mortgage arrangements before the new rules come into effect this September. Those landlords operating through a limited company, or intending to, need to be aware that most buy-to-let mortgage deals have doubled in the last 12 months, so shopping around now could save you in the long-run.

Despite the government’s intent on hitting landlords from every possible angle at the moment, the buy-to-let market remains robust and a purchase at the right price remains a fantastic way to invest your hard-earned money. Our Investing in Cardiff section guides you through the many different types of property investment available to you here in the capital city of Wales. If you'd like more information, please contact us today on 02920 668585, email enquiries@cpshomes.co.uk or pop into our Woodville Road branch in Cathays.