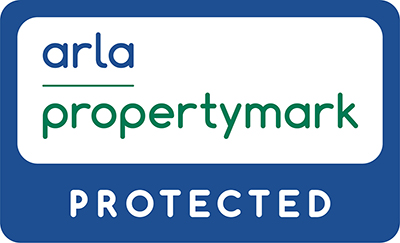 If you’ve been reading our property blog over the last few months, you’ll know that the banning of letting agent fees in England has caused some serious controversy and concern among landlords and letting agents, with many buy-to-let owners saying the ban amounts to a stealth tax on them. Now, the Association of Residential Letting Agents (ARLA) has called on the government to remove the ban on letting agent fees, and allow agents to spread the cost of the fees over the first six months of a tenancy.

ARLA believes that the ban on agent fees in England - and possibly Wales in the future - will have much more severe consequences for landlords, letting agents and tenants than what is currently being predicted by government policy makers. To support this belief, ARLA cited data from its research which showed that 42% of letting agents expect a full fee ban to result in staff reductions, with 62% expecting the quality of rental properties to decline. 61% of respondents also expect property management standards to fall considerably.

ARLA has said that by spreading the cost of letting agent fees over a six-month period, letting agents will be able to maintain the current level of service offered to tenants, which won’t be possible if a full ban is implemented. ARLA said that by spreading the cost, tenancies will become more affordable to tenants as they would only need to find the deposit and the first month’s rent instead of all the additional fees as well. ARLA is also proposing that all fees for the tenancy be paid over the first six months of a tenancy, thus removing any additional cost for renewing tenancies later.

Landlords would also benefit from the proposal, as they wouldn’t face higher costs at a time when government legislation is squeezing their wallets through tighter tax and regulatory measures.

It is widely expected that a full ban on fees will see landlords increase their rents to mitigate any financial loss brought on by having to undertake checks previously covered by agent fees. ARLA has stipulated that by spreading the fees over a six-month period, landlords and letting agents will jointly share the risk of non-paying tenants, which will help build further trust and offer security for all landlords, whether they’re experienced or new to the private rental sector.

Building on this, ARLA also pointed out that by introducing a six-month payment plan, jobs in the property sector will be saved, preventing a more negative effect on the wider economy. What’s more, agent fees are a valuable source of revenue for the government through VAT receipts, so a full ban will negatively affect the government’s finances.

It must be stressed that a ban on letting agent fees is currently only in place in England (and has been in place in Scotland for a few years now), and not currently in Wales. However, a ban on fees in Wales is under consideration, and we will keep you up-to-date on the latest developments. If you’re a landlord in Wales confused about agent fees or any process of the renting process, we can help. Get in touch with our lettings team today on 02920 668585, email enquiries@cpshomes.co.uk, or pop into our Woodville Road office in Cathays, Cardiff.