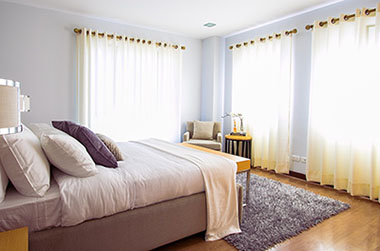 Last year, HMRC launched a new scheme that allows landlords to pay back-taxes without incurring a heavy penalty. The reason why HMRC launched this new scheme was to help people who found themselves becoming accidental landlords. However, it was also launched to tackle a more insidious problem: the rising number of career landlords using property rental services such as Airbnb in order to make a heavy profit without paying the correct amount of tax.

Airbnb was founded in 2008 as an easy way for people to earn a bit of extra money by renting out their spare rooms, and sometimes even settees, to tourists for short periods of time. However, this business model has been heavily taken advantage of by career landlords who use the service to rent out properties they own but don’t live in, so they can make long-term rental profits without adhering to housing regulations that professional landlords have to. Airbnb has recently come under fire from pressure groups along with MPs who believe the short-term property rental service is contributing to the UK’s increasing housing shortage.

What is the problem?

The rise in these accidental landlords is believed to have made the London housing crisis significantly worse, diverting properties from people who work and live in the city to travellers and tourists. For London, the ‘Entire Home’ options make up 50% of all London listings on the website.

Airbnb landlords are therefore undercutting professional London landlords, who not only provide accommodation for London residents, but who are also bound by regulations that make the properties habitable.

The rise of career landlords has come during a period in which professional landlords and letting agencies are losing profits because of the government’s tougher tax and property legislation, which will not affect career landlords.

What changes are being introduced by Airbnb?

Airbnb plans on introducing a day counter, which they say will keep track of how many more nights a year a property can be rented out for without needing a license. This day counter will only apply to properties listed as ‘Entire Home’ rentals, and the plan is to be implemented from spring 2017.

Section 44 of the Deregulation Act 2015 amended the previous regulation permit, allowing the short-term letting of London residential properties for up to 90 days. Meanwhile, planning permission has to be sought from the local borough council in which the property is located for lettings longer than this period.

41% of the ‘Entire Property’ listings on Airbnb for London were being rented for more than 90 nights, while 42% of listings have hosts with more than one listed property.

It is likely that this cap will be introduced in cities throughout the world sooner rather than later.

If you’re looking to rent a property with a letting agent you can trust, get in touch with us here at CPS Homes today. We have hundreds of properties available throughout Cardiff. You can get in touch online, by emailing: enquiries@cpshomes.co.uk, or by popping into our branch on Woodville Road.