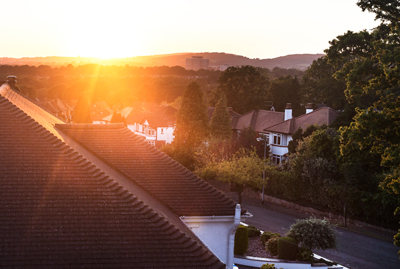 What expansions are being proposed?

Cardiff Metropolitan University has submitted two applications to expand their Cyncoed campus. The first application is to build a 7-storey student accommodation bloc with 518 beds, and a forum building for conferences. The second application is a request to expand the campus’ sports complex to include a 25m swimming pool, a trampoline area, squash courts, a gym studio and classrooms.

Progress of the initial plans was deferred in July 2016 to discuss potential problems that could arise from creating new parking spaces.

Why are people objecting to these plans?

Residents in Cyncoed and The Woodland Trust Coed Carw have been opposing the plans as they believe they would cause damage to Queens Wood which they describe as an ‘irreplaceable habitat’.

Hundreds of people have signed a petition opposing the plans as it would cause damage to the ancient semi-natural woodland. Heini Evans, who works for the Trust, commented on the charity’s position by saying that the trust was keen to help support the concerns of local residents, and that it is important to note that the forest supports a variety of wildlife. She continued to say how important green spaces were for local communities, especially in big cities.

Queens Wood is home to several animals including a species of protected bat, along with hedgehogs, foxes and a variety of other mammals and birds. As well as this, the woodland is home to ancient mature oaks and bluebells.

Opposition has been raised concerning the building plans of the new accommodation, according to the blueprints submitted, it would be necessary for the woods to undergo excavation and soil removal, and there would be a drainage system running through the woodland. An access road would also be diverted into the edge of the woods, and ancient trees would have to be removed.

So far there has been no update as to whether or not the plans will go through.

If you’re a student looking for accommodation across Cardiff, we have a range of beautiful properties available to rent. You can browse the properties available online, or if you have any questions about renting with us, you can contact us on enquiries@cpshomes.co.uk, or pop into our Cathays branch on Woodville Road.