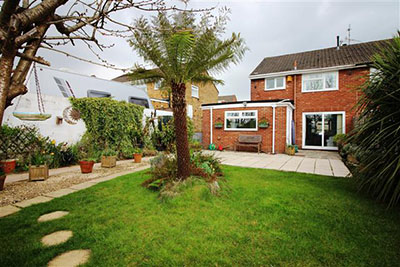 On 1 April 2016, the UK Government introduced new stamp duty tax rates for people purchasing an additional property, which essentially forced landlords to pay an extra 3% on top of the stamp duty tax rate they’d have to pay when buying their first property. For landlords buying a second property at the current average price in the UK (£196,999), this means an extra cost of nearly £10,000!

Unsurprisingly, many landlords aren’t happy with the change, and as a result many buy-to-let homeowners are looking to purchase cheaper buy-to-let properties to try and offset the tax rise. New figures published in the latest lettings index by Countrywide Lettings show that the average property price paid by landlords in April fell by 8.3% month-on-month from £194,000 to £178,000. What’s more, the number of properties sold to first-time buyers increased by a whopping 19% between April 2015 and April 2016, while the number of homes sold to landlords fell by 50%. The index also found that rental growth in the UK continued to slow.

According to the index, London saw the largest decline in the average price paid for a property, falling from £436,000 in March to £365,000 in April 2016. Landlords in the UK capital also paid on average 8.2% less for a property when compared to April 2015. Nevertheless, landlords in other areas of the country, especially the North East and Yorkshire, actually paid more month-on-month because of generally lower priced markets.

The report highlights the fact that many property purchases that would have been completed in April were pushed forward to March in order to beat the tax rises, which is why year-on-year statistics between April 2016 and 2015 are so different.

Rents are on the rise

The index also reported that rents across the UK increased by 2% over the last year, with the average monthly rent for tenants in the UK currently around £932. The report mentions that rental growth is now half the rate it was in 2015, and rental growth is likely to remain stagnated over the coming months as a result of affordability constraints and the increase in the number of rental properties coming onto the market.

Are you a landlord in Cardiff? If so, we can help you achieve the maximum return on your investment. Did you know that our rental properties average 362 days of occupation each year? If you’re tired of the same old lettings service, join Cardiff’s largest lettings agent today and start enjoying more, consistent rent payments! To find out more, please get in touch with our lettings team in our Cathays branch.