Bank of England base rate to remain at 0.5% | CPS Homes

Bank of England base rate to remain at 0.5% 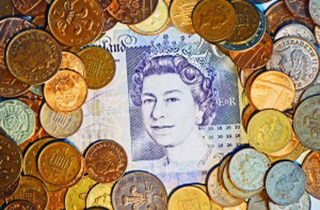 We recently reported that the cost of long-term fixed-rate mortgages had hit an all-time low, following the Brexit vote at the end of June. However, what wont be decreasing is the Bank of England (BoE) base interest rate, which will remain at 0.5%.

The Bank's monetary policy committee voted 8-1 against reducing the bank's base interest rate – which would have signalled the first rate change in 7 years - despite experts believing that the base rate would drop to 0.25% following the EU referendum.

Why were people expecting a cut?

Experts believed that the BoE would cut their base rate as a safety measure in order to curb the fall in sales of apartments, flats and houses, and give a monetary incentive to encourage people to go through with their property purchases.

Will there be a base rate cute at a later date?

Since the Brexit vote, the Royal Institution of Chartered Surveyors (RICS) has recorded a fall in the average number of buyer enquiries in the UK. RICS commented on the statistics, saying that there has been a 36% drop in property purchase enquiries, which is the lowest level since mid-2008.

However, the biggest decline was seen in the south of England, with 58% of surveyors recording a decline rather than rise in interest. The belief is that this is going to result in falling house prices in the areas with the greatest loss of interest.

As such, property experts now believe that a BoE base rate cut is likely to happen in August, once the effects of Brexit on the housing market and the economy have made themselves more apparent. However, despite the cost decrease of fixed-rate long-term mortgages, it is unknown whether mortgage lenders as a whole will follow suit if the BoE decides to cut the base rate.

Is the property market still strong?

While the EU referendum has had an undeniable impact on the housing market for both buyers and sellers, it’s far too early to make judgements on the health of the UK property market. While the run-up to, and the immediate aftermath of the EU referendum, have slowed the market somewhat, we won’t know exactly how the property market is performing until the autumn buying and selling season. As one of Cardiff’s largest lettings and estate agencies, we understand that periods of uncertainty can add to the stress involved in buying and selling a property. However, at CPS Homes, we are committed to making the process as smooth and as simple as possible for you. If you’re interested in buying a Cardiff house, flat or apartment, we have hundreds available, and for those looking to sell we have plenty of interest from buyers looking to move to or relocate in the Cardiff area.

For more information about the buying, letting and property management services we provide, contact us, or email us at: enquiries@cpshomes.co.uk, you can also pop into one of our branches in Cathays, Roath and Cardiff Bay.