The future of student accommodation in Cardiff | CPS Homes

The future of student accommodation in Cardiff 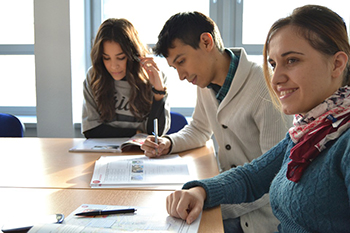 Cardiff is a beautiful, historic city filled with hundreds of attractions and beauty spots which help the city attract thousands of tourists every year. Over the last decade, the wealth of new businesses and enterprise zones has also made the Welsh capital one of the best places in the UK to live and work. However, Cardiff is, and always has been well-known for its abundant student population; students make up around 20% of the city’s population, and contribute around £1.3 billion to the economy, and both of these figures are increasing!

In December 2015, the council approved plans for a 256-bed student accommodation block at the location of the current Fitzalan Court office block in Adamsdown, just off Newport Road. The £30 million development will see the current offices (built in the 1980s) replaced with a modern halls of residence that will boast communal facilities, a common room, and a glazed roof along with a landscaped garden in the courtyard. The block will also feature a cinema, gym, games area, coffee bar, study area and lounge area.

The council also approved in December the plans to demolish the York Hotel in the city centre and replace it with a student accommodation block. The adjacent grade-II listed Custom House will also be demolished to make way, but the façade will be retained and included in the student accommodation tower. The new halls of residence will boast 170 separate accommodation units and will be six storeys tall; also included will be a common room, coffee shop, courtyard garden and gym.

The council has also approved plans to convert and extend a building on Crwys Road in Cathays into a four-storey student accommodation development which will sit above the current shops on the main high street. The accommodation block will be situated at 38-48 Crwys Road next to the Crwys Pub.

Situated along Windsor Lane and Dumfries Place is a new, luxury 314-bed student accommodation block that also features a cinema and a games room. Students in this development can pick between studio flats or en-suite rooms, all boasting a perfect city centre location, ideally placed next to the Weatherspoons pub and the shops on Queen’s Street. The new student accommodation development is expected to open this year and replaces the rather dull and grey office block that called the location home.

Plans have been submitted to the council to build more than 500 new student flats, a swimming pool and a trampoline studio in north Cardiff on the Cyncoed campus of Cardiff Metropolitan University as part of the university’s expansion. Developers are also expected to submit plans for a sports centre just off Cyncoed Road.

The new student accommodation will take the form of a seven-storey tower with 74 en-suite rooms per floor, while the main part of the block will contain 48 rooms per floor. A secondary wing will also be constructed which will boast 26 bedrooms per floor. Developers have said that they also plan to construct a courtyard around an existing oak tree.

Cardiff is no stranger to skyscrapers, and a new 26-storey student accommodation tower is expected to be built on the corner of Charles Street and Bridge Street in the centre of Cardiff. The new 26-storey block will contain 463 bedspaces, of which 121 will be studio bedrooms and 72 will be cluster flats, with commercial units on the ground floor. There will also be a number of single bedrooms with a shower/toilet and communal living spaces. The developers have also included a roof garden in their development plans.

As one of Cardiff’s largest student property letting agents, we can help you find the perfect student property across Cardiff. If you’re a student based in Cardiff and looking for a property for the new academic year, please do get in touch today on 02920 668585, email enquiries@cpshomes.co.uk or pop into our student office on Woodville Road today to view all the properties we currently have available.