Have you been on the wrong side of a deposit dispute recently? Don't be out of pocket again 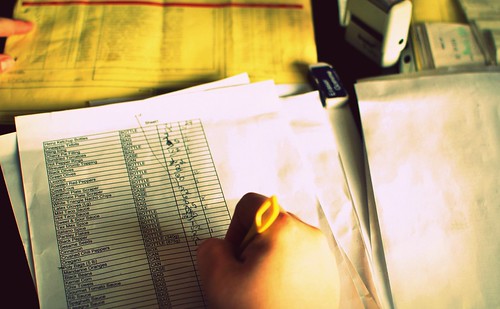 As a landlord, the importance of a watertight inventory has always been imperative, but even more so since deposit protection legislation was introduced in 2007.

Deposit protection gave tenants a long-overdue lifeline when it comes to having a say in how much of their deposit they are to receive back. It put an end to the days of rogue landlords returning however much they saw fit, with tenants now able to dispute claims using an Alternative Dispute Resolution (ADR) procedure.

So, why – almost a decade later – do deposit disputes continue to arise, with many landlords losing their claim and ending up out of pocket? It boils down to a lack of evidence.

Contrary to popular belief, it’s not impossible for a landlord to win a disputed claim. In fact, assuming the claim is a fair and accurate one, it’s pretty straight forward… but it all starts at the beginning.

Getting your house in order

It’s important that both landlord and tenant agree on the condition of the property at the beginning of the tenancy. This is usually done by way of a detailed inventory (otherwise known as a schedule of condition) signed by both parties, often backed up by digitally-dated photos.

The inventory should detail the general condition of the property and its fixtures, fittings and furniture, as well as any defects, marks or damage. It’s advisable to get this document signed off at the earliest possible opportunity after moving in, and both sides should keep a copy.

The inventory, plus any photos held on file, form the basis of the check-out inspection when the tenancy eventually comes to an end. Quite simply, landlords are comparing the condition of the property now to how it was at the commencement of the tenancy, using the inventory and photos as reference points.

The law states that tenants are responsible for anything over and beyond ‘fair wear and tear’. Ideally, dilapidations that fall into this category are agreed by both parties and clearly listed on a signed check-out report, but we realise an agreement isn’t always possible and there are sometimes no alternative but to refer the matter to the Alternative Dispute Resolution (ADR) process – assuming both parties agree to use this mediation procedure.

During this process, an independent adjudicator appointed by the scheme protecting the deposit weighs up evidence provided by both sides. As the deposit belongs to the tenant, the onus is very much on the landlord to stack the evidence well enough so that the adjudicator sees fit to find in their favour.

At the very minimum, landlords should be able to provide the signed inventory, check-out report (whether signed or not), photos from the start and end of the tenancy, and detailed, itemised invoices from any contractors to have carried out remedial work at the property.

As the term suggests, ‘betterment’ describes a situation where a person ends up in a better position (financially or materially) than they were originally. Betterment is strictly prohibited and closely analysed by adjudicators ruling on deposit disputes, so it’s extremely important that landlords understand what they can and can’t claim for.

In short, betterment prevents landlords replacing what was an already-dated piece of furniture or appliance with a brand new purchase, and then charging the tenant(s) the full cost of said replacement.

Instead, the law states that landlords can charge a sum based on the life expectancy of an item. For example, let’s say the average lifespan of a mattress in a rented property is five years. If the mattress is damaged beyond fair wear and tear after two years and requires replacement, the landlord is allowed to claim 60% of the cost (the equivalent of the three years of its remaining lifespan) from the deposit and will need to bear 40% of the cost (the two years they have had use of the mattress) themselves.

The rules are in place to prevent landlords from continually purchasing new items at full expense to tenants.

How CPS Homes can help

We carry out a comprehensive range of inspections duties on behalf of clients using our Fully Managed service, including but not limited to:

After all of the above, in the unlikely event that a deposit dispute does arise, we argue claims on behalf of our landlords and provide our comprehensive evidence to ADR adjudicators for inspection.

If you’d like any further information on the services we offer, please don’t hesitate to contact me today via 02920 668585 or lydia.devine@cpshomes.co.uk.