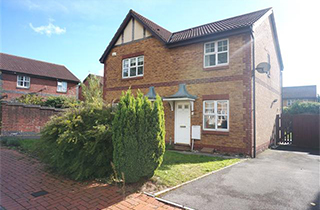 23 June, we will be given the opportunity to decide whether or not the UK remains part of the EU. Both sides of the argument have spent the last few months detailing the benefits and problems that could arise from remaining in or leaving the EU, and while we’re not here to debate which is the best course of action, it seems that the forthcoming referendum has had an impact on house sales.

Hometrack, a mortgage data provider, believes that the EU referendum has caused the British housing market to slow in recent months. The company, which provides data to lenders and developers, has noticed a 2% drop in the number of recorded property sales last year in the 20 biggest cities in the UK, however, this did not have any immediate impact on property prices, with prices for city houses rising an average of 10.2% last year.

Hometrack has predicted that this decline is sales will continue up until the results of the referendum are announced, though the effects may be noticeable even beyond this date. Richard Donnell, the company’s research director, believes that a vote to remain in the EU would see business return to normal following the vote, while a decision to leave the EU could lead to longer lasting instability caused by investor uncertainty.

That’s not to say that this sort of knock-on effect is unusual, in fact it is a common occurrence when it comes to periods of great potential political upheaval.

The property firm CBRE has noted that investors and owner-occupiers are more likely to postpone making any large financial decisions until after a referendum. This echoes the events of the Scottish Independence referendum in 2014 which saw a 10% fall in the country’s property sales in the 18 months before the referendum.

Another example of this is during the most recent general election in which people (especially in more expensive postcodes) delayed making a property purchase until they knew whether or not they would have to pay the mansion tax.

A poll of investors indicated that 75% agree that leaving the UK would have a negative impact on the housing market, and that the UK would be a worse property market to invest in as a result.

Don’t wait until June to sell your house

As a large estate agency in Cardiff, we have a dedicated property sales team with the necessary skills and experience to successfully sell your Cardiff property. We can help maximise the property’s exposure and will continue a verbal and written dialogue throughout the process so that you can rest easy knowing the sale of your Cardiff property is in safe hands.

If you’re a landlord or investor interested in making a new purchase, but are unsure whether or not the time is right, we can help you discuss your options and find the right course of action for you.

For more information about any of our property services, or to book a free property valuation, contact us today, email us: enquiries@cpshomes.co.uk, or pop into one of our Cardiff branches on Albany Road, James Street or Woodville Road.