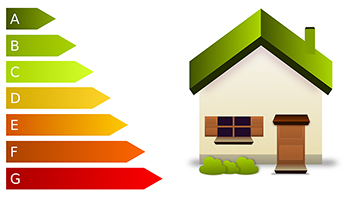 In another move aimed at improving standards in the private rental sector, the UK Government has passed new regulations that will force landlords to improve the energy efficiency of their domestic and non-domestic private rented properties in England and Wales.

Called Energy Efficiency Regulations 2015, the new laws are the first to be made under the powers conferred by the Energy Act of 2011. When the Energy Act 2011 was drafted, it placed a statutory duty on the Secretary of State to design and implement regulations to improve energy efficiency in privately-rented homes by 1 April 2016.

What are the regulations and how will they affect landlords?

The Energy Efficiency Regulations 2015 state that from 1 October 2016, all new homes in England and Wales rented out in the private sector must have a minimum energy performance certificate of band 'E' or higher. What’s more, landlords will not be able to expand their buy-to-let portfolios further after this date without making the necessary energy improvements.

The UK Government hopes that by publishing the regulations ahead of the implementation dates, landlords will have the time to take the necessary actions to improve energy performance and avoid any legal actions that could arise when the regulations are enforced.

Which type of building will the regulation affect?

The government has stated that all buildings that require an EPC certificate will be included in the new regulations, with the exception of buildings due to be demolished, buildings used as a place of worship, and listed buildings. Apparently, in the UK today, 20% of non-domestic properties have an EPC rating of 'F' or 'G'; landlords who possess buildings in these categories will need to be aware of potential financial and reputational loss when their non-compliant property is valued, and they may still have to make the necessary energy improvements.

What happens if landlords don’t comply with the regulations?

Tenants will benefit from lower bills and more power

Tenants are frequently overlooked when the government passes new regulations that impact on the private rental sector, but these new energy regulations will actually benefit them as well as landlords. From 1 April 2016, domestic tenants will be able to request a landlord’s consent to improve a property’s energy rating with no up-front or net cost to the landlord; landlords are expected to not unreasonably withhold consent.

Tenants will also benefit from lower energy bills, as tenants living in buildings with a low energy performance certificate will see noticeable energy improvements over the coming months and years. However, as the regulations deem an 'E' rating as acceptable, some tenants living in those properties might not see any improvements in the near future. As a result, it has been suggested by experts in the market that the energy regulations don’t go far enough, and that more still needs to be done to ensure UK properties are as energy efficient as possible.

Are you landlord looking to discuss ways of improving the energy performance of your rented property? If so, give our team a call today on 02920 668585 and we’ll be happy to help out however we can. We can also help landlords in Wales prepare for Rent Smart Wales, the new landlord licensing scheme being introduced to improve standards in the Welsh private rental sector.