Fun for all the family - Waterloo Gardens Fete 2015 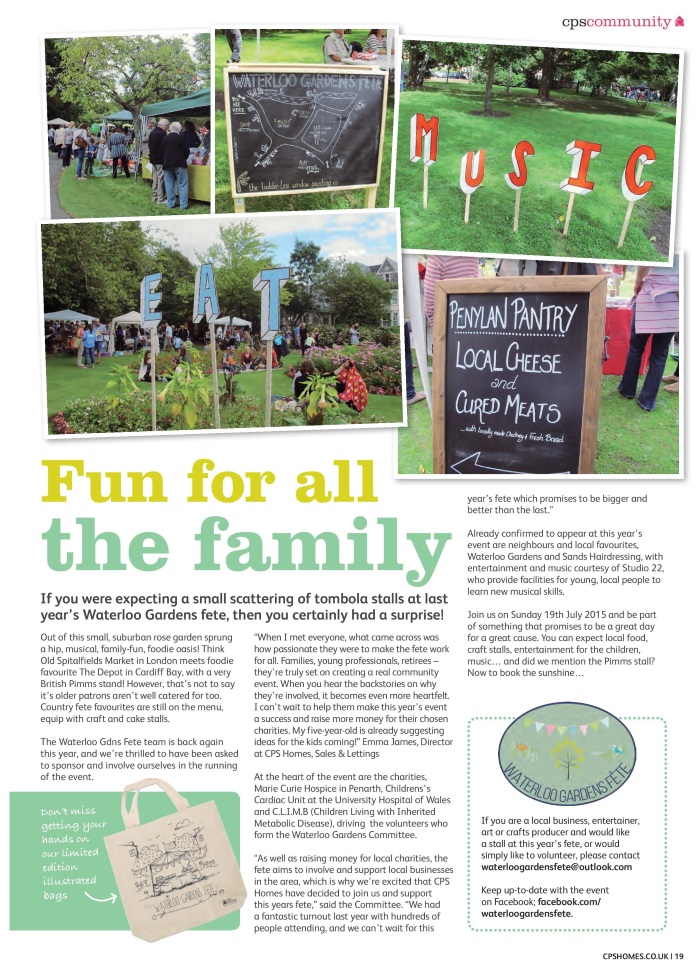 If you were expecting a small scattering of tombola stalls at last year's Waterloo Gardens fete, then you certainly had a surprise!

Out of this small, suburban rose garden sprung a hip, musical, family-fun, foodie oasis! Think Old Spitalfields Market in London meets foodie favourite The Depot in Cardiff Bay, with a very British Pimm's stand! However, that's not to say its older patrons aren't well catered for too. Country fete favourites are still on the menu, equip with craft and cake stalls.

The Waterloo Gdns Fete team is back again this year, and we're thrilled to have been asked to sponsor and involve ourselves in the running of the event.

“When I met everyone, what came across was how passionate they were to make the fete work for all. Families, young professionals, retirees – they're truly set on creating a real community event. When you hear the backstories on why they're involved, it becomes even more heartfelt.I can't wait to help them make this year's event a success and raise more money for their chosen charities. My five-year-old is already suggesting ideas for the kids coming!” Emma James, Director at CPS Homes, Sales & Lettings 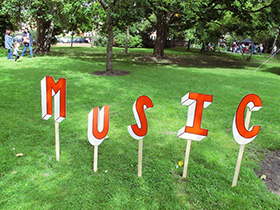 At the heart of the event are the charities, Marie Curie Hospice in Penarth, Childrens's Cardiac Unit at the University Hospital of Wales and C.L.I.M.B (Children Living with Inherited Metabolic Disease), driving  the volunteers who form the Waterloo Gardens Committee.

“As well as raising money for local charities, the fete aims to involve and support local businesses in the area, which is why we're excited that CPS Homes have decided to join us and support this years fete,” said the Committee. “We had a fantastic turnout last year with hundreds of people attending, and we can't wait for this year's fete which promises to be bigger and better than the last.”

Already confirmed to appear at this year's event are neighbours and local favourites, Waterloo Gardens and Sands Hairdressing, with entertainment and music courtesy of Studio 22, who provide facilities for young, local people to learn new musical skills. 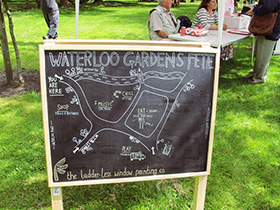 Join us on Sunday 19th July 2015 and be part of something that promises to be a great day for a great cause. You can expect local food, craft stalls, entertainment for the children, music… and did we mention the Pimm's stall?

Now to book the sunshine…

If you are a local business, entertainer, art or crafts producer and would like a stall at this year's fete, or would simply like to volunteer, please contact: waterloogardensfete@outlook.com.